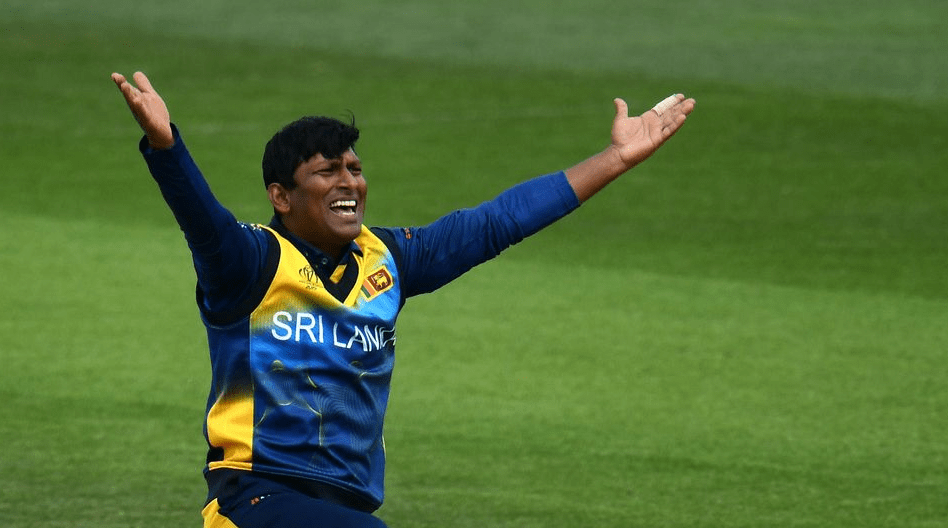 It’s a matter of when, not if, Sri Lanka get the injection of confidence they need to ignite their ICC Men’s Cricket World Cup 2019 campaign. That’s the view of Jeevan Mendis, who watched on as his side fell to a 10-wicket defeat in their opening game against New Zealand at Cardiff Wales Stadium.

Mendis – returning to the fold four years after his one-day debut – feels, with eight games still to play, Dimuth Karunaratne’s men can still advance to the final four.

“We have to say the first two games are very crucial to give all the players and the team a boost,” said the 36-year-old. “We hope we can pull something out of the bag in the next games. The format is good. For all the teams to play each other is great and it gives us lots of chances to get the five wins you need to get to the semi-finals.

“As a batting group, we need to at least put scores of 270, 280 on the board. Hopefully the wickets dry up and our pace and spin variation come into play. It’s all about our confidence and a few batsmen can get in and play an anchor role, we’ll be able to bat around them and play well.”

Sri Lanka will remain in Wales, with their next World Cup outing coming at Cardiff against Afghanistan – the only World Cup contender ranked lower than them in the ICC rankings.

They’ll need to kick the habit of losing wickets in the first 10 overs if they’re to continue their fine record at ICC major events, reaching the knockout stages in eight of the last nine showpieces.

“We need to adapt to score runs at all stages of the innings. We have power hitters who can come in at the latter stage and make quick runs so hopefully the top five can put us on a good platform.”