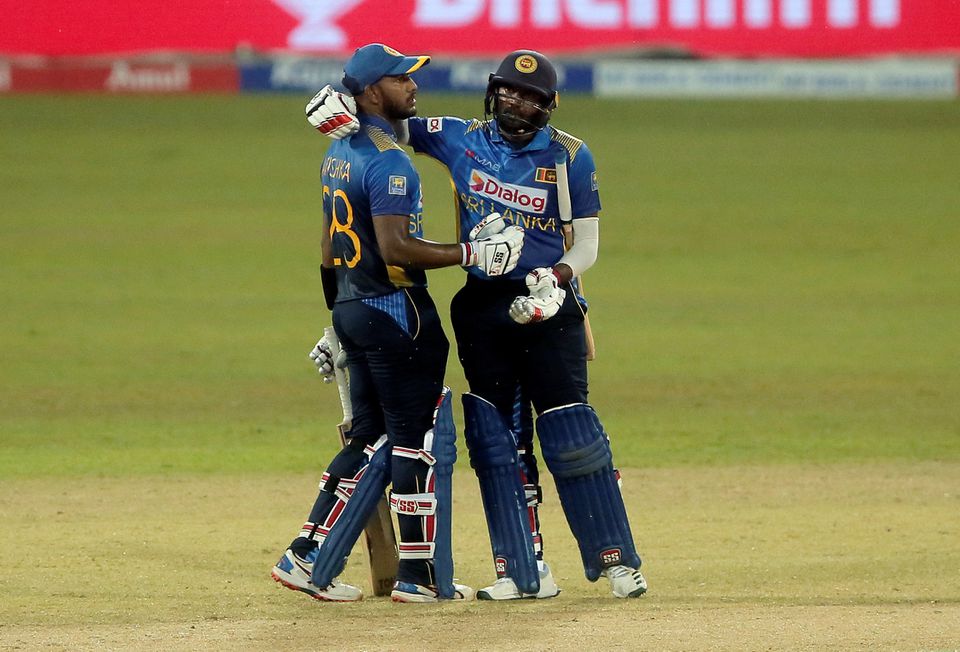 Avishka Fernando and Bhanuka Rajapaksa hit half centuries as Sri Lanka beat India by three wickets for a consolation win in the rain-hit third one-day international on Friday.

Chasing a revised target of 227 in the reduced 47-overs-a-side contest, Sri Lanka depended on a 109-run second-wicket stand between Fernando (76) and Rajapaksa (65) to achieve their target with 48 balls to spare in Colombo. India won the three-match series 2-1.

Sri Lanka collected 10 Super League points for the 2023 World Cup qualification and won their first ODI against India since 2017.

“Young guys showed a lot of maturity, both with bat and ball and that’s what I expect from them,” skipper Dasun Shanaka said after Sri Lanka’s first win over India at home since 2012.

“It’s a big win for fans, they were waiting for years for this win. We have won against India at home after quite some time.”

Spinners Akila Dananjaya and debutant Praveen Jayawickrama took three wickets each to set up the win as India were bowled out for 225 in 43.1 overs after being put in to field first in the series played behind closed doors due to the coronavirus.

Sri Lanka lost wicketkeeper-batsman Minod Bhanuka early for seven but the right-left batting pair of Fernando, who was named man of the match, and Rajapaksa put the chase on track.

Rajapaksa completed his maiden ODI fifty but soon fell to left-arm quick Chetan Sakariya – one of the five debutants fielded by India – after hitting 12 boundaries in his 56-ball knock.

Earlier Jayawickrama, a left-arm spinner who returned figures of 3-59 on his ODI debut, combined with Dananjaya to trigger a middle-order collapse as India slipped from 179-4 to 195-8.

India, who had sealed the three-match series after two successive wins, elected to bat first and started strongly, only to lose their way after a 100-minute rain delay.

Dananjaya struck twice in one over to rattle the Indian batsmen before Rahul Chahar (13) and Navdeep Saini (15) put on 29 runs for the ninth wicket to give their team a more respectable total.

Suryakumar Yadav, who hit 53 in India’s previous victory, made 40 and was named man of the series.

“I would have loved to make it big in the last two games, but I am learning,” said Yadav.

“The atmosphere in the camp is really positive and am looking forward to the T20 series.”