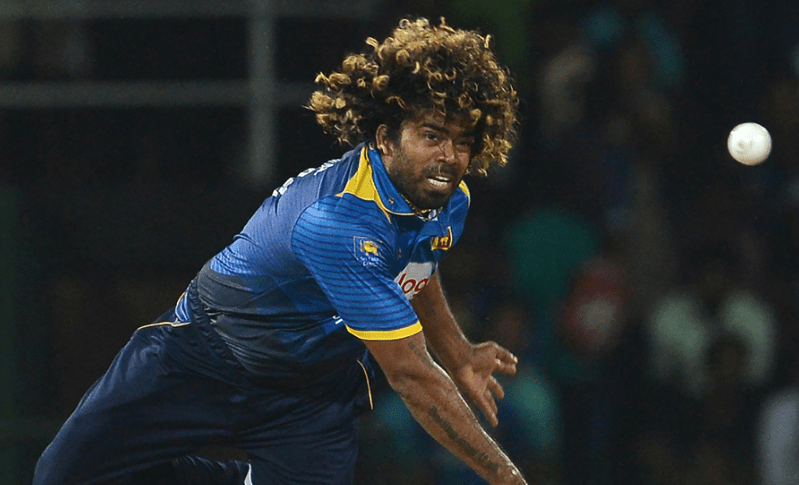 In a team known for their bold and aggressive play Lasith Malinga’s one-of-a-kind, slingy action stood out, and along with his cunning intellect, it made him one of the world’s premier death bowlers, with his yorkers having troubled the world’s best.

Malinga is the only man to have taken three ODI hatricks, with two of these coming at World Cups; the first of which was a remarkable four wickets in four balls that nearly brought Sri Lanka a victory from the jaws of certain defeat against eventual semi-finalists South Africa.

Although, as with many of Sri Lanka’s finest cricketers, it is not his statistics or records that will live on in the memory—rather, it is his wild, flamboyant style, both in hair and in life, that will always have Sri Lankan fans reminiscing about the days they had a bowler unique to their own.

Malinga’s languid run up and unorthodox, round-arm action were in itself born out of something quintessentially Sri Lankan: tennis ball, beach cricket.

His untamed action was able to generate bounce on the soft, sandy surfaces of Sri Lankan beaches, while the low trajectory of the ball allowed for swing, making him a lethal proposition on the beaches of his hometown of Rathgama, a small coastal town just north of Galle.

From the Vault: Malinga’s sizzling six

With Lasith Malinga back in the news this week, take a look back at one of the greatest performances in the history of the BBL.

His batting style, too, was unorthodox, leaving nothing to chance. Malinga often threw caution to the wind in favour of an aggressive approach, none more memorable than when he pulled off a famous and unlikely ODI victory with Angelo Mathews at Melbourne in 2010.

In a game that will always be remembered by Sri Lankan-Australians, Sri Lanka were down and out at 107/8, and a mile away from their victory target of 240, when Malinga joined Mathews at the crease.

Malinga began, in the words of the late Tony Grieg, “having a ball.” Mathews remained circumspect at the other end, as, remarkably, the pair began to inch closer to the target.

The match was nail-biting to the end, with Malinga run out with just one run for victory, before Muttiah Muralitharan nervously struck the winning runs.

Malinga’s 56 from 48 was more than entertaining—it had brought Sri Lanka back into a match they had no business winning, while his stand of 132 with Mathews was the highest ever for the ninth wicket.

In 2004, Malinga had in fact made his debut against the Australians as well, counting the prized scalps of Darren Lehmann, Adam Gilchrist and Damien Martyn amongst his match haul of 6 wickets.

It was on the 2006 tour of New Zealand that he garnered the world’s attention though, starring in both the ODIs and Tests.

Malinga took nine wickets in the two-Test series, including a vital 5-68, where he destroyed the top order with sheer pace, taking four of the first five wickets.

Malinga shone again at the 2007 World Cup, taking an incredible 18 wickets in just 8 matches. Most-impressive was his aforementioned record performance against South Africa.

The Proteas were cruising to the easiest of victories at 206/5, needing only four runs from 33 balls. Malinga then clean bowled Shaun Pollock and deceived Andrew Hall with a slower ball that was caught by Upul Tharanga.

South Africa nervously played out the following over before Malinga resumed. He wasn’t finished, claiming the scalp of Jacques Kallis, who as usual had played the anchoring innings, but was caught behind for 86.

Malinga fired in a searing yorker in his next delivery to clean bowl Makhaya Ntini, and sent the crowd into raptures.
Malinga had become the first bowler in international cricket to claim four wickets in four consecutive balls, as South Africa slipped from 206/5 to 207/9 in the blink of an eye. The Proteas barely managed to scrape by with a one-wicket win.

By 2008, Malinga had cemented his reputation as the world’s premier death bowler and a fast bowlers with a fearsome yorker. He starred for his IPL franchise Mumbai Indians in the league’s inaugural season, and even post-ODI and Test retirement he is a highly sought-after player in global T20 leagues.

In the 2011 World Cup, Malinga claimed another hat trick, this time against Kenya, with Sri Lanka eventually making the final of the tournament for the second time in a row.

Later in the year, Malinga astonishingly became the first bowler to take three ODI hattricks. In the fifth ODI against Australia, he claimed the wickets of Mitchell Johnson, John Hastings and Xavier Doherty in successive balls.

Malinga opted to bowl wide yorkers to limit the Indian batsmen’s scoring options, rather than pushing for wickets. It worked a treat, with India posting only 130/4 from their 20 overs, which was duly overhauled by Sri Lanka with 13 balls and six wickets to spare.

Malinga had a poor 2015 World Cup by his standards, and was out of action owing to injuries between March 2016 and February 2017, when he made his comeback in the T20 series against Australia, which Sri Lanka claimed 2-1.

By the 2018 Asia Cup, Malinga was back to his best form, but struggled with captaincy in 2019, suffering a 5-0 series whitewash in South Africa.

Some pundits had written him off entirely but Malinga proved his doubters wrong.

In the IPL final, representing his beloved Mumbai Indians, Malinga defended nine runs off the final over, and trapped Sanjay Thakur LBW from the final delivery to power Mumbai to a nail-biting one run win.

Then with Sri Lanka all but written off after a poor start to their World Cup campaign this year, Malinga wound back the years.

Sri Lanka were defending just 232 against World Cup hosts England, but Malinga snared a vital 4-43, in a Man of the Match performance that breathed life back into Sri Lanka’s World Cup.

It nearly derailed England’s campaign, but thankfully for the hosts, they were able to right the ship and win a thrilling final.

Malinga recently bowed out of ODIs but has stated that he will continue on for the T20 World Cup in 2020, and fans will continue to witness the legendary fast bowler in T20 leagues across the world for a little while longer before he hangs up his boots for good.

Sri Lankan fans will hope he proves the doubters wrong again and he saves just a bit of Malinga magic for his swansong at the next T20 World Cup.