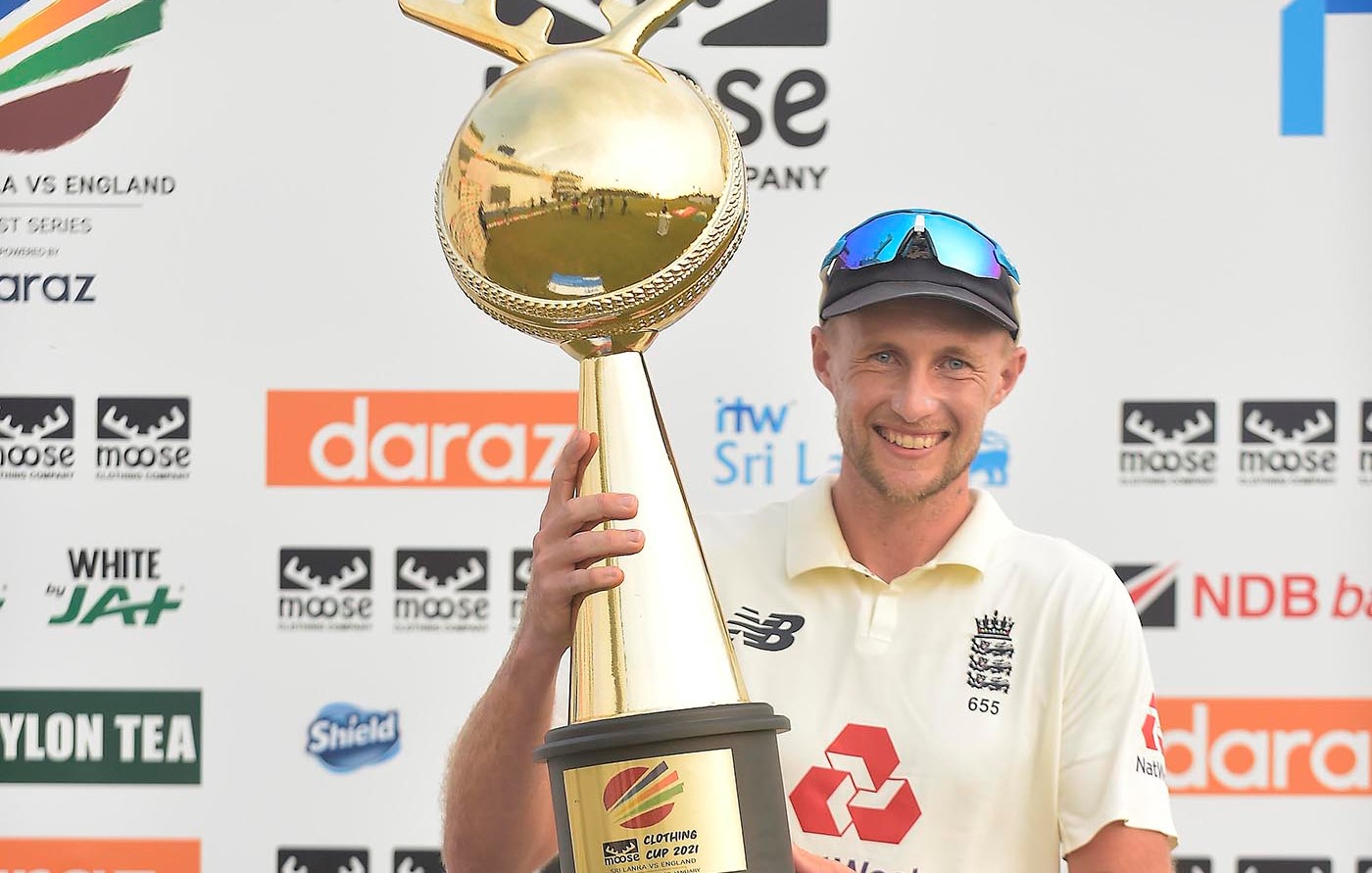 England’s travelling support love a Test at Galle, so there’s a bittersweet element for players and fans to witness a series win with the beauty of the World Heritage site shorn of its raucous, but largely good-natured, crowds in the ground and on the ramparts.

England will be back with the boost their money brings to the local economy and a way (I hope) for locals to watch their heroes too. Asian crowds bring much to Test cricket—and tourist prices will sell out the grounds, but only to tourists.

What difference “bubble cricket” made to the Tests can only be conjecture—what brooks no argument is the impact of the fate of the captains.

England are often told that they rely too much on South African-born players for their success and they have the big quick, Anrich Nortje, to thank for putting Dimuth Karunaratne out of the series with a broken thumb. It’s hard to tell whether the Lankans missed their captain’s runs or leadership more, both sorely lacking in a side going through something of a transitional phase.

The contrast between England’s long-established captain, Joe Root, and the host’s stand-in, Dinesh Chandimal, was marked. First innings shape series and Root made 228 (out of 421 all out) and 186 (out of 344 all out)—knocks that tend to put you on the winning side.

If his teammates were short on the technique required to bat on pitches that deteriorated but were never unfair, they only needed to find a few decent knocks between them and Dominic Sibley, Dan Lawrence, Johnny Bairstow, Jos Buttler and Dom Bess did just about enough.

Even Root’s big runs may not have proved sufficient were it not for two misconceived innings for which Chandimal and coach, Mickey Arthur, must accept some of the blame.

At the conclusion of an action-packed first day, England were just eight runs in arrears with eight wickets in hand, after the Lankans famed hospitality had extended to donating their wickets in a sequence of frenetic shots.

What was the game plan? Might the laudable aim of hitting England’s rusty spinners out of the attack have been paused after Stuart Broad’s cunning had conjured three unexpected wickets? In a two Test series is the number one objective to avoid being 135 all out on the first afternoon? Not from what we saw from Chandimal’s men.

This profligacy became all the more wanton when it became crystal clear that Lasith Embuldeniya was the finest spinner on show by the length of the Fort’s coastline. 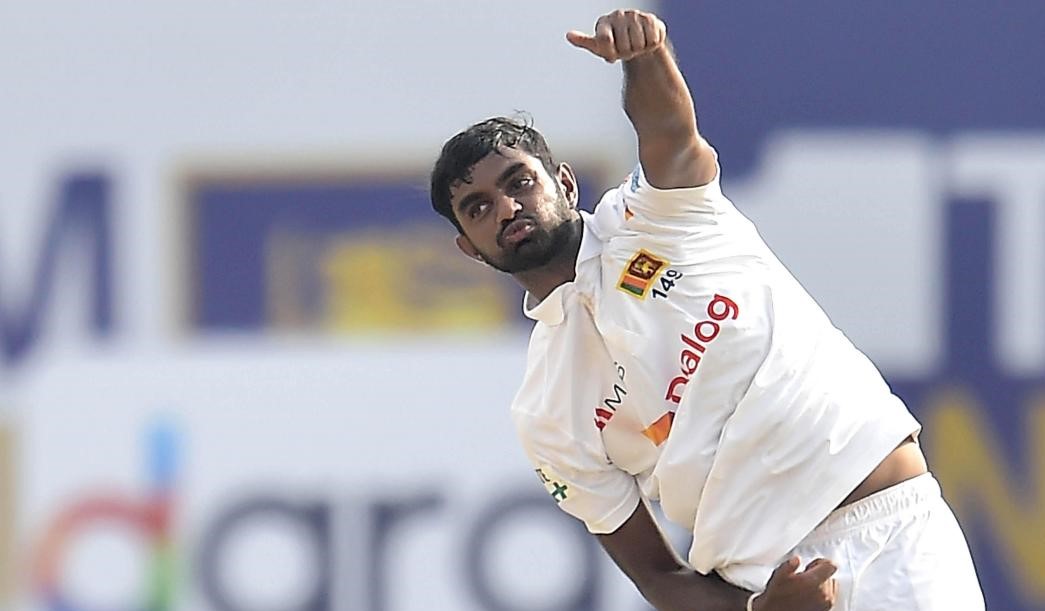 The slow left-armer had the beating of England’s batsmen with the exception of Root, who employed the sweep (conventional, slog, paddle and reverse) to counter the 24-year-old’s turn, bounce and variations. That Embuldeniya ended up with 15 of his side’s 24 wickets taken by bowlers, is a fair reflection of his superiority over his team-mates—at least as far ahead as Root was of his.

The young man can feel particularly let down by the second innings in the Second Test in which, after some fortitude shown in the series’ “middle innings” from veterans, Angelo Mathews and Lahiru Thirimanne, and a career-best 92 from Niroshan Dickwella, his 40 from Number Ten was the only thing between the Lankans and the ignominy of a two figure score—they’re still India’s preserve for the moment.

Obviously the second youngest man in the XI deserved a lot more from the batsmen.

Particularly so because England’s spinners looked what they are: a left-armer who has barely played any cricket for a year or so and a raw off-spinner whose batting nudges him ahead of more threatening and accurate tweakers in England’s sparse cupboard.

But if Broad helped them out first time round, Jimmy Anderson did in the same in the second match, his extraordinary figures of 29-13-40-6 in the first dig speaking not just to his skills and experience, but also to the batsmen’s reluctance to take the game to the oldest swinger in Galle.

If the spin twins’ figures flattered them (Bess’s 12 wickets came at a ridiculous 21 runs each and Leach’s 10 at a more realistic 36), they were picked to get the job done and that is exactly what they did.

The same could be said for Jos Buttler, whose keeping was tidy and whose innings played the match situation (and not the IPL superhero status) perfectly.

Sport in a global pandemic is throwing up some strange results, and even stranger routes to achieving them. Whilst it would be wrong to say 0-2 was wholly unexpected (it was, even more improbably, 0-3 last time), to see home batsmen panicky in the face of decent, but hardly unplayable, bowling while England kept their heads in the heat and dust batting second on turning strips, still jolted.

England will now go to India with renewed confidence, but also with the sobering knowledge that it’s unlikely that Root will average over 100 there and that Bess’s pitch map will yield such riches.

Sri Lanka will welcome back their opening batsman and captain with considerable relief and reflect that, handled very carefully, they might have unearthed a successor to Rangana Herath in Embuldeniya, a bowler in whom cricket purists will delight for years to come.