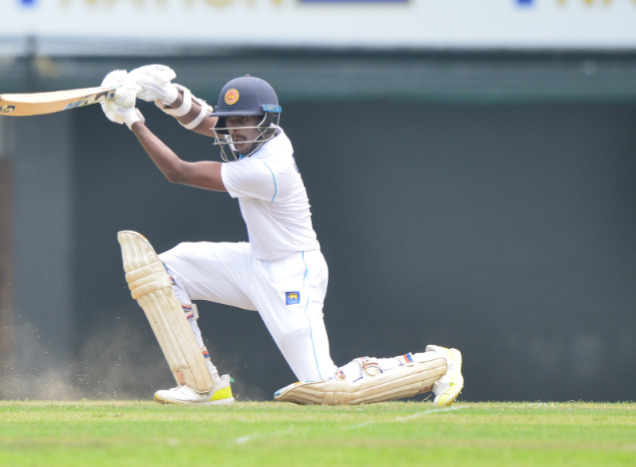 SSC opener Nipun Dhananjaya slammed his maiden double ton in the ongoing Major Club cricket tournament match against Colts CC to put them in the box seat at the end of day two at SSC grounds.

Dhanajaya who was unbeaten on 173, went on to make 201. His marathon innings came off in 303 balls and included 21 boundaries. He was also associated in a 225-run stand for the fourth wicket with Roshen Silva who made 96 as SSC, resuming from their overnight score of 292 for 3, declared on 444 for 9.