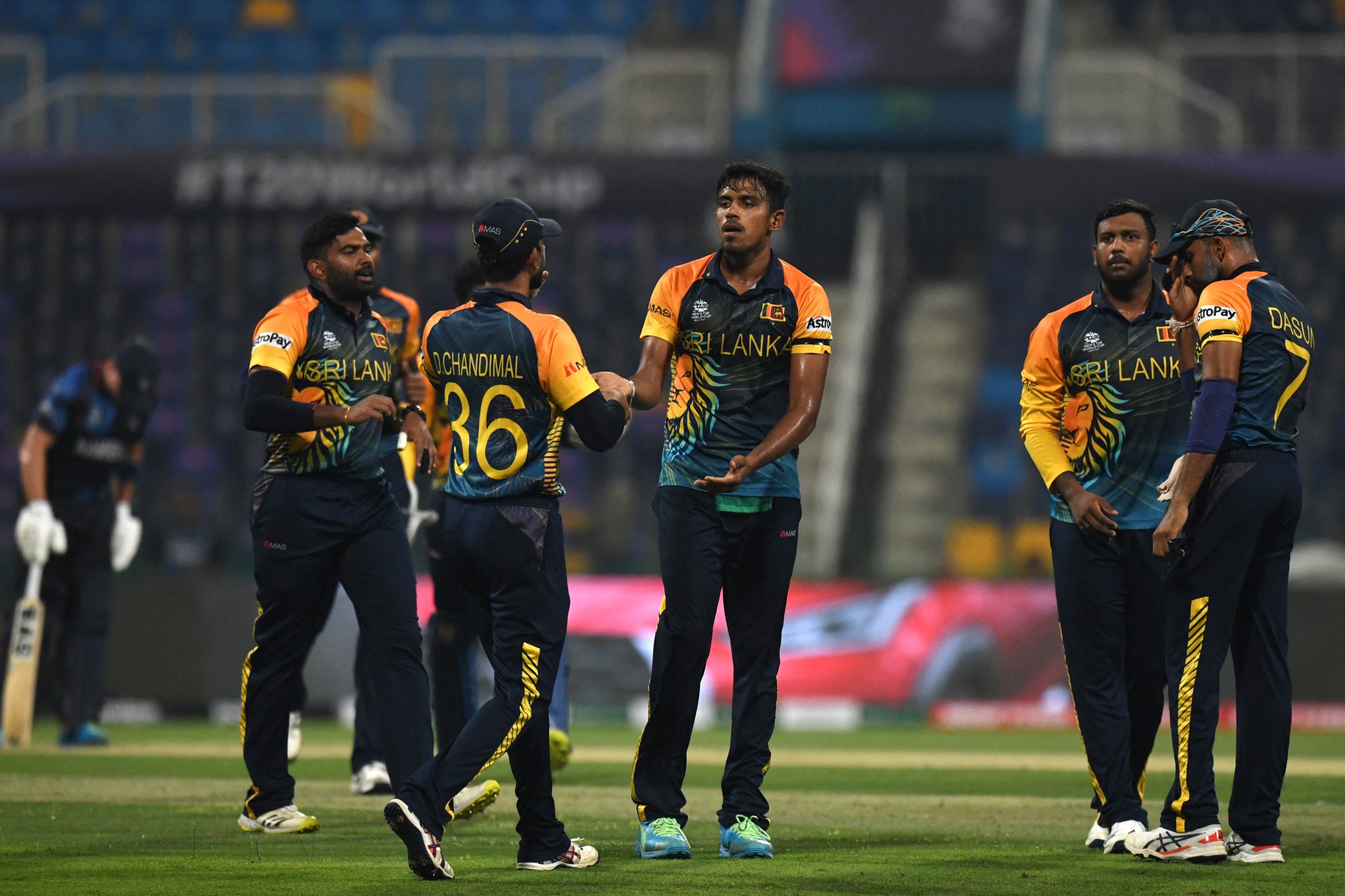 A thorough all-round performance from Sri Lanka helped them secure a comprehensive seven-wicket win in the first game of their ICC Men’s T20 World Cup campaign against Namibia.

After a minor hiccup in the beginning, Sri Lanka made light work of the 97-run target and chased it down with seven wickets and 39 balls to spare. The win takes Sri Lanka to the top of the Group A table with a net run rate of +2.607.

The Sri Lankan bowlers had won half the battle for their team in the first innings as the Namibia batters looked uncomfortable against the spin as well as the genuine pace. Maheesh Theekshana took three wickets, while Lahiru Kumara and Wanindu Hasaranga each had two.

With the bat, an unbeaten 74-run partnership between Avishka Fernando and Bhanuka Rajapaksa guided Sri Lanka to victory as Namibia let an early advantage slip away.