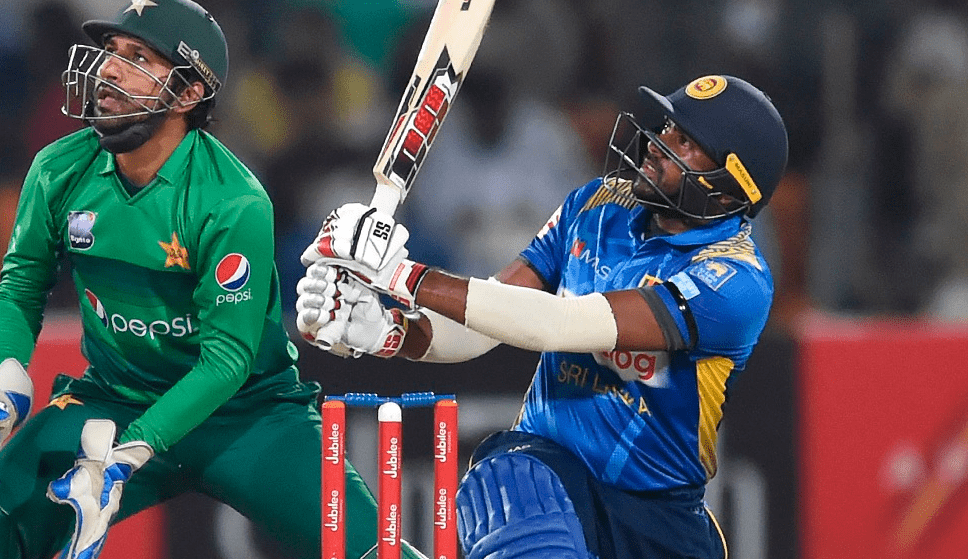 Rajapaksa’s 77 off 48 balls lifted Sri Lanka to a challenging total of 182-6 — the left-hander blasting six sixes and four fours in a maiden fifty that came in only his second T20 international.

Pradeep finished with 4-25 while leg-spinner Hasaranga took 3-38 — collecting his wickets in the space of just four balls — as Pakistan were bowled out for 147 in 19 overs.

“We played quality cricket and that’s why we won,” said Sri Lankan skipper Dasun Shanaka, standing in for regular captain Lasith Malinga who was one of 10 players missing the tour over security fears.

“Rajapaksa played a masterclass innings. These youngsters should get a good chance after the series and I am sure (the) selectors will look at it.”

Victory gave Sri Lanka their first T20 series win over Pakistan in seven attempts as they clinched an unassailable 2-0 lead in the three-match series.

Sri Lanka won the first match by 67 runs, also in Lahore. The last match will be at the same venue on Wednesday.

“We didn’t play good cricket. Congrats to Sri Lanka, who batted, bowled and fielded better than us and I think they deserved to win,” said Pakistan captain Sarfaraz Ahmed.

But it was Hasaranga who dismantled Pakistan’s middle order as he dismissed Ahmed Shehzad for 13, Umar Akmal for a golden duck, and Sarfaraz (26) in the eighth over.

Umar, also out first ball on Saturday, equalled the unwanted record for most T20 ducks (10) in a career shared by Sri Lanka’s Tillakaratne Dilshan.

Earlier, Rajapaksa set the tone for Sri Lanka after the visitors won the toss and opted to bat.

Rajapaksa, who modelled his batting on Australian great Adam Gilchrist, led Sri Lanka’s fightback after they lost first-match hero Danushka Gunathilaka for 15 and Avishka Fernando for eight by the fifth over.

Rajapaksa added 94 for the third wicket with Shehan Jayasuriya (34 off 28 balls) as they cut loose against some short bowling from the Pakistani bowlers.

The two left-handers hit a pair of sixes and a boundary off leg-spinner Shadab Khan before both fell in the space of seven runs.

Jayasuriya was run out while Rajapaksa holed out off Shadab.

Shanaka contributed another vital cameo, swatting three fours and a six off in his 15-ball 27 as Sri Lanka added 47 runs in the final five overs.

Pakistan’s spearhead Mohammad Amir went for 40 runs in his four overs while fellow pace bowler Mohammad Hasnain — who on Saturday became the youngest bowler to achieve a hat-trick in a T20 match — conceded 39 in his four. Both went wicketless.

Shadab, Imad Wasim and Wahab Riaz claimed a wicket each.