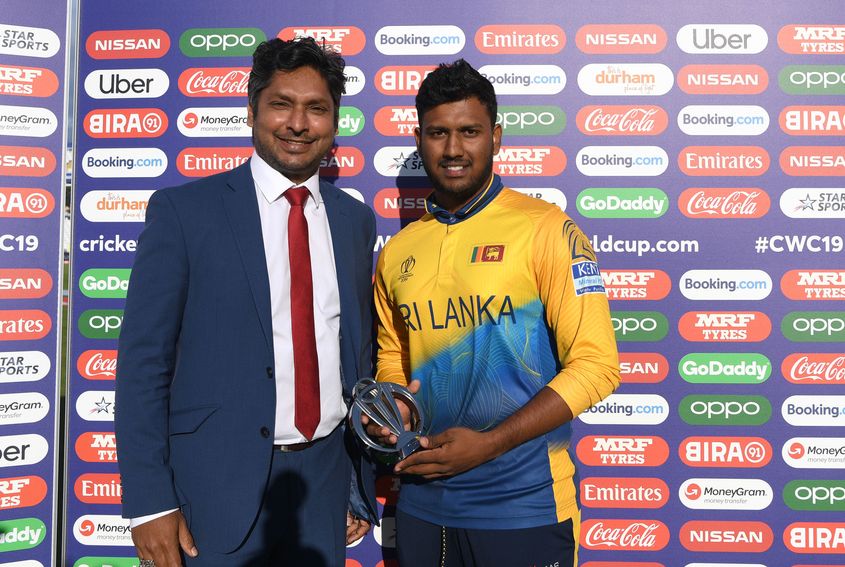 Avishka Fernando’s maiden one-day ton puts him third in the list of the youngest century-makers at an ICC Men’s Cricket World Cup and he joins some exalted company.

This was the conclusion of Ireland’s memorable 2011 campaign in which they produced an all-time Cricket World Cup record chase (329/7) to beat England in Bengaluru. Stirling, who made his Ireland debut at only 17, contributed a punchy 32 to that innings but had a moderate run subsequently until this furious assault on the Netherlands that yielded another exceptional pursuit. Ireland finished on 307/4 as they strolled to victory with 14 balls to spare. The pugnacious right-hander faced only 72 balls and put on 177 for the first wicket with captain Will Porterfield.

The first of Ponting’s five World Cup centuries broke the record set by Sachin Tendulkar only a fortnight earlier. Australia captain Mark Taylor chose to bat on a difficult pitch in his side’s last group match. Batting was hard – Curtly Ambrose and Courtney Walsh bowled six maidens and conceded only eight runs in the first nine overs. Ponting’s century from 112 balls was part of a total of only 229/6 as West Indies recovered from their famous loss to Kenya to win by four wickets. Australia would beat them in the semi-final before going to lose the final to Sri Lanka.

Even though his side had been eliminated from the tournament, the stylish right-hander, who had been injured before the tournament, gave the large number of Sri Lanka fans in Durham a joyous glimpse of the future with his maiden ODI century in his ninth match.

In his first World Cup match and the opening fixture of the tournament that India finished so memorably at the Wankhede Stadium in Mumbai, Virat Kohli produced a stunning century against the co-hosts. On a slow pitch, Kohli’s driving was of particular note, using his feet and snapping his wrists through the ball. Almost half of his runs in his 83-ball innings came in the V between mid-off and mid-on. Put in to bat, India made 370/4, which was fifth highest World Cup total at the time. Kohli and Virender Sehwag (175) put on 203 for the third wicket in India’s 87-run victory.

This innings broke the record set by Zimbabwe’s Andy Flower (aged 23 years, 301 days) at the 1992 tournament. Chasing 200 to beat Kenya in their first ODI, Tendulkar and Ajay Jadeja put on 163 for the first wicket which was India’s highest stand for any wicket in the World Cup at the time. Tendulkar spent nine balls on 99 before surging on and taking India to a seven wicket victory. Two days after Ponting had broken his record, he made another century – 137 v Sri Lanka at Delhi – which stands sixth in the all-time list of youthful World Cup centuries.