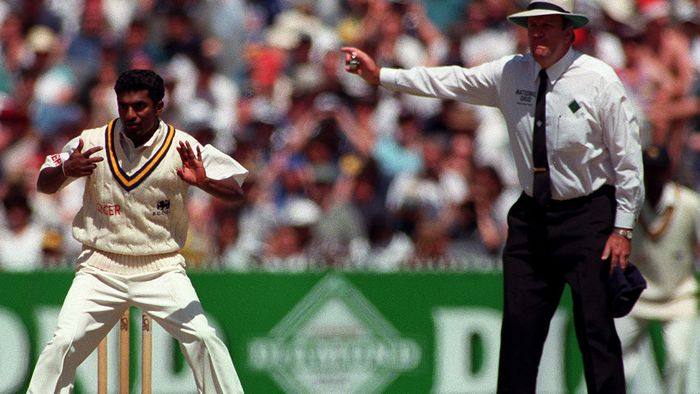 Former Sri Lankan captain Aravinda de Silva says he feared Muttiah Muralitharan’s career was over, after the spinner was no-balled for throwing during a Test at the MCG.

This week marks 25 years since umpire Darrell Hair called Muralitharan for throwing during the Boxing Day Test in Melbourne in 1995.

It sparked a furore that threatened to engulf the rest of that summer, with simmering tensions between the two sides continuing all the way through until the World Cup final in March.