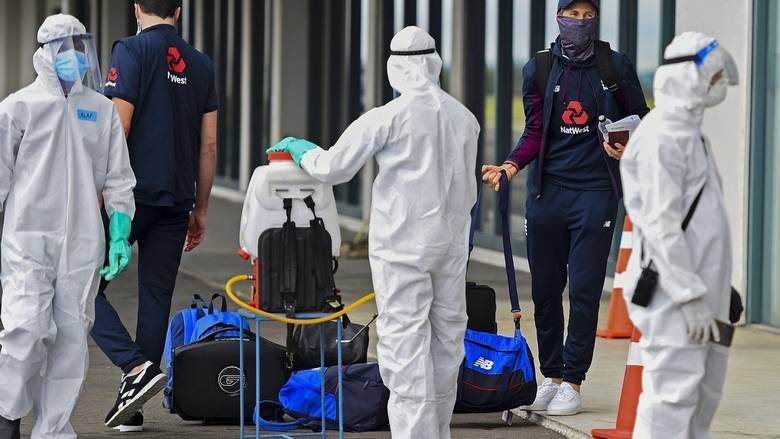 England’s cricketers arrived in Sri Lanka Sunday to resume a Test tour cancelled in the early days of the Covid pandemic, in what officials hope will be a “massive boost” for match-starved cricket fans.

A British Airways charter flight carrying the players and support staff landed in Mattala, in the south of the Indian Ocean island, where they underwent antigen tests.

Joe Root’s men had the small airport to themselves as Sri Lanka has closed its airspace to scheduled commercial airlines. Only a handful of repatriation flights and charters are allowed into Sri Lanka since May under strict health controls.

“We are very excited about the Galle Tests,” Root told a small group of cameramen allowed into the terminal for their arrival…