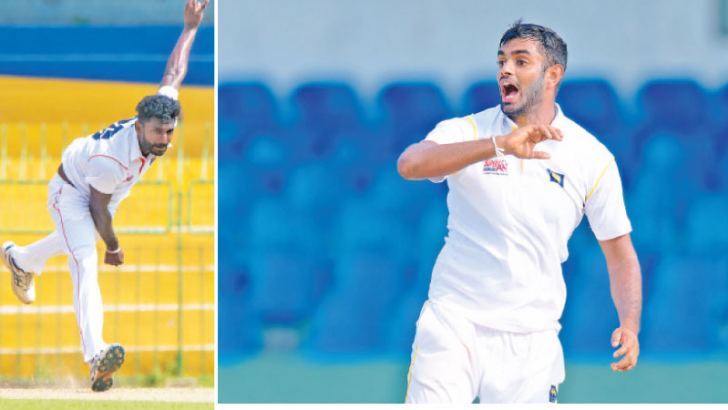 Leg spinner Lasith Embuldeniya and paceman Kavishka Anjula both claimed five-wicket hauls in the National Super League tournament fixtures played at SSC grounds and R. Premadasa International Cricket Stadium yesterday.   Lasith Embuldeniya who plays for the Kandy team took 5 for 60 in his 30-over spell and once again reminded selectors of his skills after an unsuccessful Test series against Bangladesh, also, his bowling figures helped his side to restrict the Colombo team to 214 in their first innings.
ShareTweet