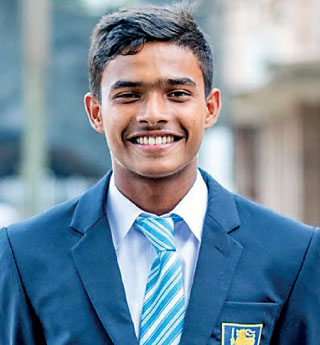 Dunith Wellalage, the left-handed all-rounder and captain of St. Joseph’s College, Colombo will lead Sri Lanka in the five-match Under-19 ODI series against Bangladesh starting at the Rangiri Dambulla International Cricket Stadium on 15 October.

A member of the Sri Lanka Under-19 team Wellalage, a left-hand bat and slow left-arm orthodox bowler made his first-class debut in 2019 and has played five first-class matches and four List A limited-over games for Lankan CC.

Bangladesh U19 in Sri Lanka 2021Dunith WellalageSri Lanka U19