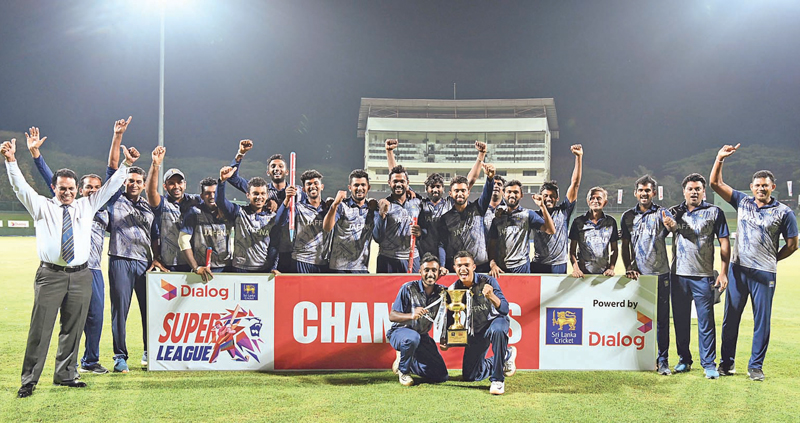 National under 19 captain Dunith Wellalage made a fighting knock of 74 runs off 87 balls with 5 fours and a six as Jaffna was crowned champions of the inaugural National Super League 50 over tournament defeating Kandy by 37 runs in the National Super league final played at Pallekele International Cricket Stadium on Saturday.
0
SHARES
ShareTweet