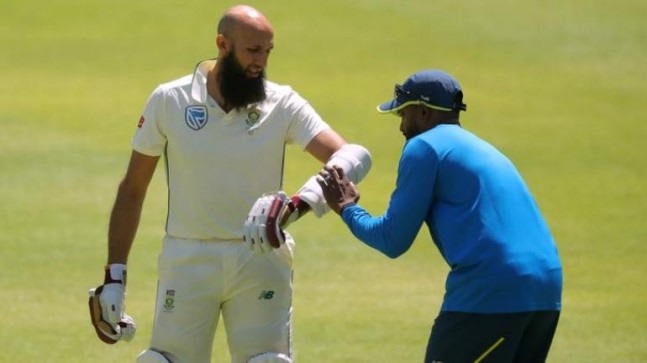 Yet another controversy related to the Decision Review System took place on Wednesday in the first Test between South Africa and Sri Lanka in Durban.

Sri Lankan players were on the receiving end of the controversy on this occasion as they took more than 15 seconds to review a decision against South Africa batsman Hashim Amla in the second over of the first day.

But the on-field umpire Aleem Dar, whose original decision was not out, told Sri Lanka captain Dimuth Karunaratne that it was already past the 15-second barrier that captain’s have in hand to decide and appeal against the on-field call.