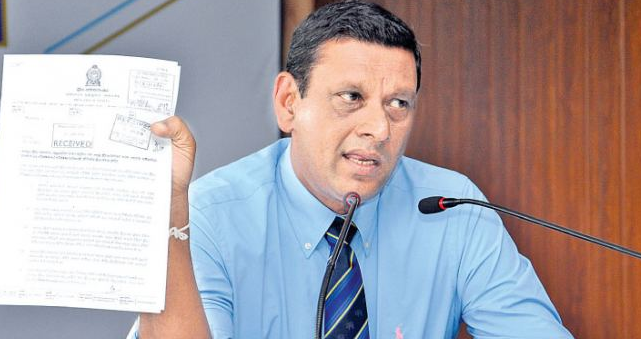 The infamous match fixing scandal involving two First Class cricket clubs would be brought to the attention of Sports Minister Namal Rajapaksa’s after his predecessors repeatedly turned a blind eye and threw the findings of a probe under the carpet.

In January 2017, Panadura Sports Club and Kalutara Physical and Culture Club fixed a First Class match in such a way that the former gained promotion to the elite division while the latter continued to play First Class cricket without being relegated.

When the idea was discussed prior to the corrupt third day’s play, Panadura SC captain and former Test cricketer Chamara Silva opposed the idea. However, his resistance was bulldozed and officials had it their way. Silva, however, reported sick for the final day’s play. Another international player Charitha Buddika Fernando withdrew himself from the final day’s activities after blatant foul play.

The innocence of the sport was killed with the firm blessings of officials of the club. Office bearers of both clubs were leading officials of Sri Lanka Cricket with Ravin Wickramaratne being the most prominent of them all…