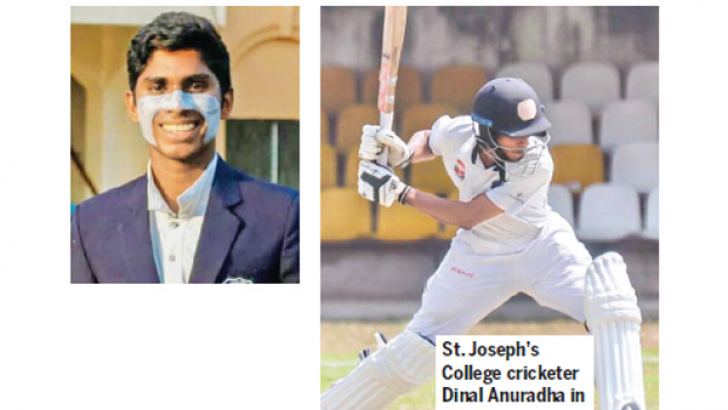 Speaking to Daily News Dinal said “My journey into the world of sports started when I was growing up as a child watching cricket matches along with my family and just noticing how the cricket legend’s played the game, so enthusiastically and how exciting I felt when Sri Lanka won a match. Since then all I wanted to do was pursue a career in cricket and live the dream. I’ve always wanted to be a good and genuine cricketer to represent my mother land”.

“ I have been guided and supported by lot of people.I would like to thank my family, I would give the first place to them, because they have been my biggest support and my backbone; since the day I started playing cricket. Also my coaches Anil Gunasingha, Roger Wijesooriya, Pasidu Liyanaarchchi and my club Director coach Charith Senanayake; they helped me a lot. Hence I a’m always grateful to all of them“.

” I chose Cricket because I would say the love I have for the game and how I’ve always wanted to climb up the ladder as a known cricketer, that was the main reason”.

“Throughout my entire life my priorities are my family, education and weekly cricket practices”.