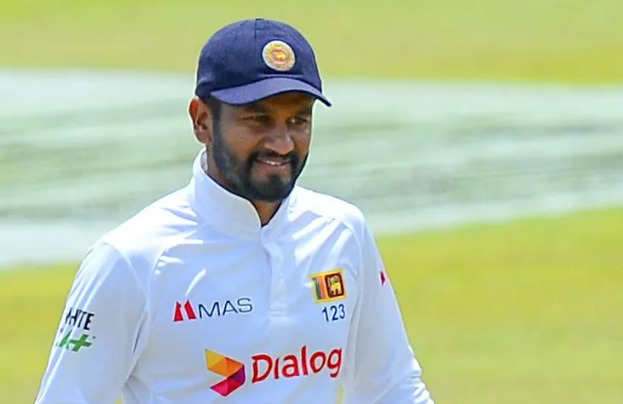 Sri Lanka captain Dimuth Karunaratne confessed playing only the fifth Test series since December, that too, after a lapse of six months after the last tour would be a daunting task for the entire team and not only for the four senior names returning to action today.
Karunaratne, in his last appearance in the Test kit against Bangladesh, hit his maiden double ton, posting a career-best 244. However, he defended himself, there is no assurance that such knocks can be repeated.

“Last series, I got plenty of runs, but this time, it’s not guaranteed if I can make runs here. After months, I’m playing in an international game. Yes, I want to get some runs here, and have been working hard in the last few months. Hopefully, I can make a big one and a 300. We’ll see how it goes,” he told reporters yesterday, in the virtual pre-match media briefing ahead of the match.