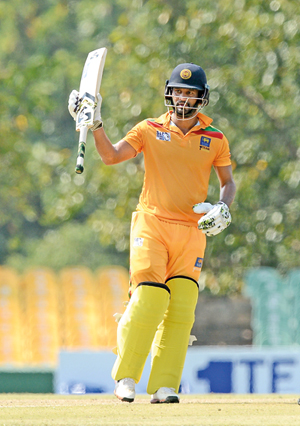 Opener Dimuth Karunaratne has emerged as front-runner to take up the limited over captaincy as the selectors prepare to announce Sri Lanka’s World Cup squad on April 18. Karunaratne, who has not played ODI cricket since the last Cricket World Cup in 2015, scored 165 at an average of 55 in the concluded Super Fours limited over tournament.