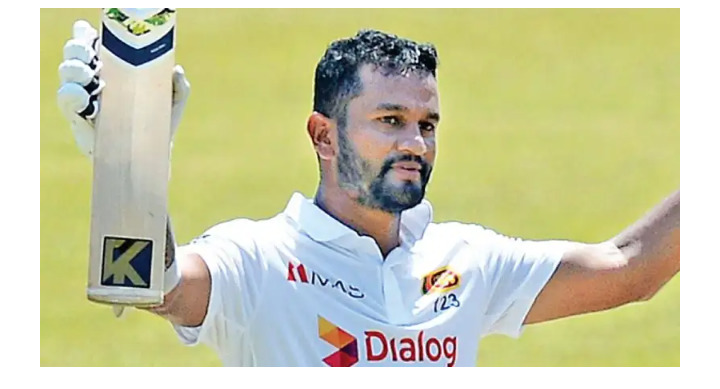 Sri Lanka Test captain Dimuth Karunaratne jumped to a career-best No.5 in the batting charts of the latest ICC Test Rankings.

In the batting charts, Karunaratne moved up to a career-best position after his fighting 107 in the second innings against India in Bangalore. Before the Indian Test series Karunaratne was no. eight position and he moved to three positions from 8 to 5 after making a fighting century at Bangalore day night Test.