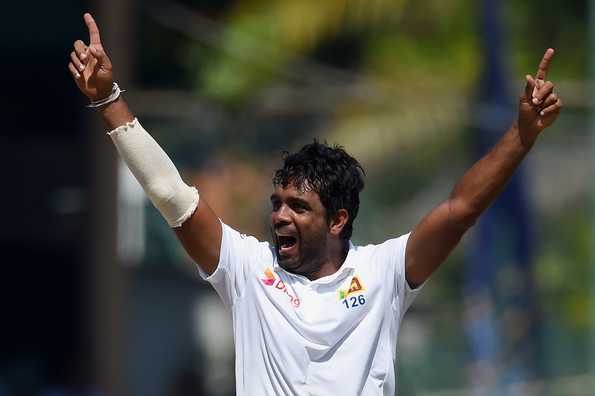 Off-spinner Dilruwan Perera has been added to the Sri Lanka squad for the second and final Test against New Zealand, beginning on Thursday (22nd August) in Colombo. Having missed the Galle encounter due to injury, Dilruwan’s inclusion should boost the spin-bowling attack that is short on experience.

With Akila Dananjaya being reported for suspect action again, there are doubts over his availability for the second Test and in such a scenario, Dilruwan’s return is a timely one for Sri Lanka. Should Perera play, then it will be the young turk Lasith Embuldeniya who will have to make way for the senior off-spinner.