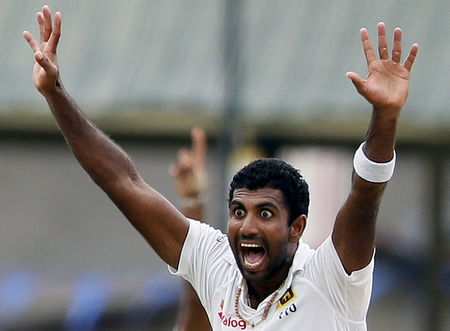 After all, Bob Simpson made a comeback at 41, so you can’t rule out Dhammika Prasad, who will turn 37 next month, returning to Test cricket.

However, Simpson’s return was forced on Australian cricket after the cream of their players had been wooed by business tycoon Kerry Packer for World Series Cricket. Sri Lankan cricket is not facing any such dangers and more importantly, the fast bowling reserves are in the safe hands of Chamida Vaas.

Prasad, however, is not a quitter. On Monday night, he posted a short video of himself hard at training in his gym and wrote, ‘I know it’s hard but I want to keep fighting.’ One thing is for sure, you write off Dhammika Prasad at your own peril.

Most of his team mates would vouch for it. Sri Lanka were making a superb comeback after conceding a first innings lead of 108 runs in the Headingley Test in 2014. A hundred by Angelo Mathews and half-centuries by Kumar Sangakkara and Mahela Jayawardene had helped to erase the deficit and move to 277 for six, a lead of 169…