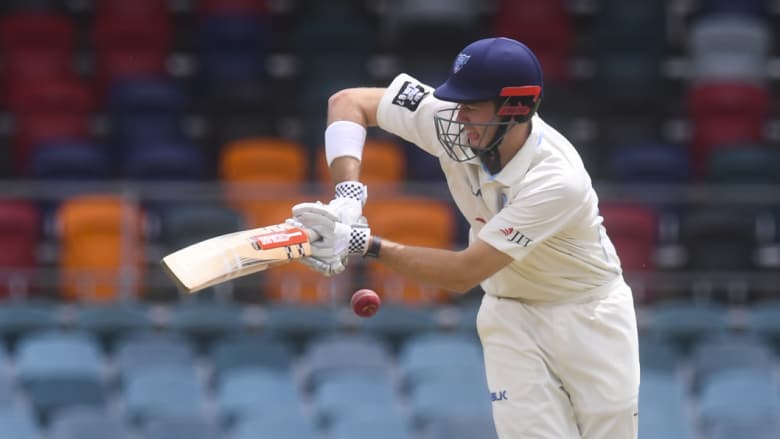 After winning the toss and electing to bat, the CA XI found itself in all sorts of bother at 3-25 in just the 11th over of a three-day tour match at Blundstone Arena in Hobart. Burns (4) was the first to go, slashing at a wide ball from Kasun Rajitha that was well caught at third slip before Labuschagne, the rookie who batted at first drop during Australia’s last Test against India at the SCG, chopped on for six off 10 balls.