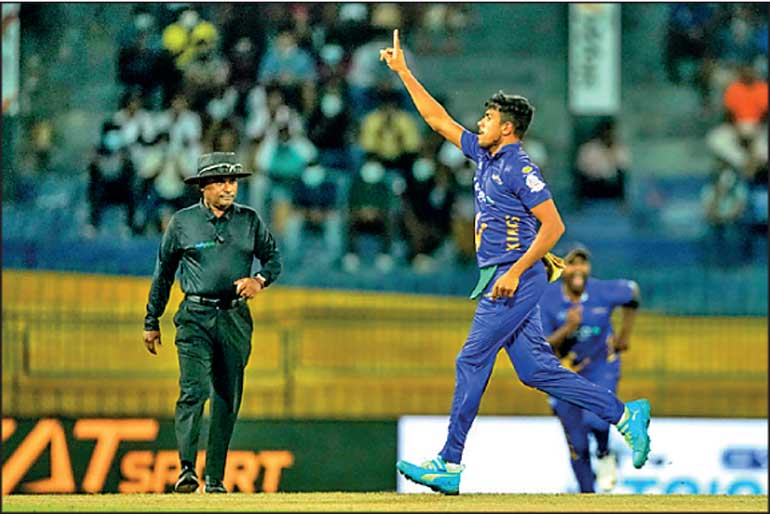 The most dominant side in the ongoing Lanka Premier League, Jaffna Kings, became the first to qualify for the play-offs when they scored a resounding seven wickets win over Dambulla Giants in the only match played yesterday at the R Premadasa Stadium yesterday.

In a top of the table clash, Dambulla were bamboozled by Jaffna’s all-spin attack to be dismissed for the lowest ever score in the history of the tournament – 69 off 14.1 overs. It was the first time that a team had been dismissed for a total less than 100 in the tournament which is in its second year.