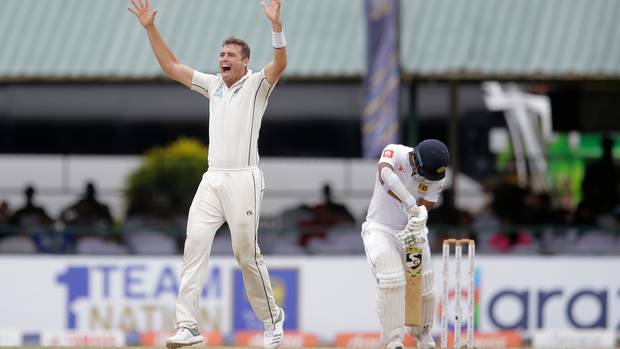 Sri Lanka were ripped apart by the New Zealand bowlers, routed for 122 as the Black Caps claimed a victory by an innings and 65 runs.

It’s a win that sees the two-test series tied 1-1, and moves New Zealand to 80 points in the World Test Championship – tied at the top of the ladder.

Their victory wasn’t without drama though, taking the final wickets in the final session, just before darkness started to set in.

The most crucial scalp was that of Niroshan Dickwella, with the Sri Lankan keeper having fought for 161 balls before top edging an attempted sweep off Ajaz Patel. Tom Latham – anticipating the shot and running to his right from short leg – took a superb catch, and from there, Trent Boult wrapped it up.

No 10 Lasith Embuldeniya couldn’t get his gloves out of the way of a short ball, Kane Williamson took the catch at second slip, and the Black Caps had pulled off a victory that looked most improbable at the start of the day.