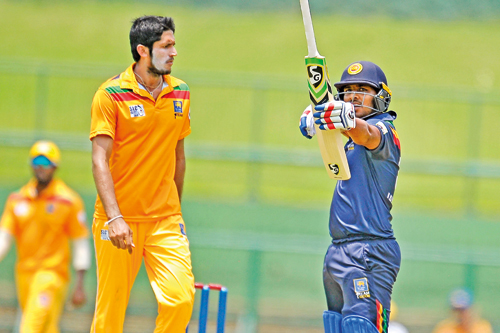 One of the problems bugging Sri Lanka’s limited over team is the absence of a pair of solid openers. Not all that long ago, hopes were high that Niroshan Dickwella  will fill the bill. But his subsequent failures have put a big question mark against his name. Two failures in the first two games of the  Super Provincial Tournament have only worsened the situation. The experienced Upul Tharanga, another World Cup probable, taking into consideration his earlier exploits in England (especially in tandem with Sanath Jayasuriya) has failed twice already, adding to his miserable from during the last several months. Youngster Sadeera Samarawickrema has also failed to justify the high hopes of his backers collecting  just  19 runs in two outings (15 and 4).