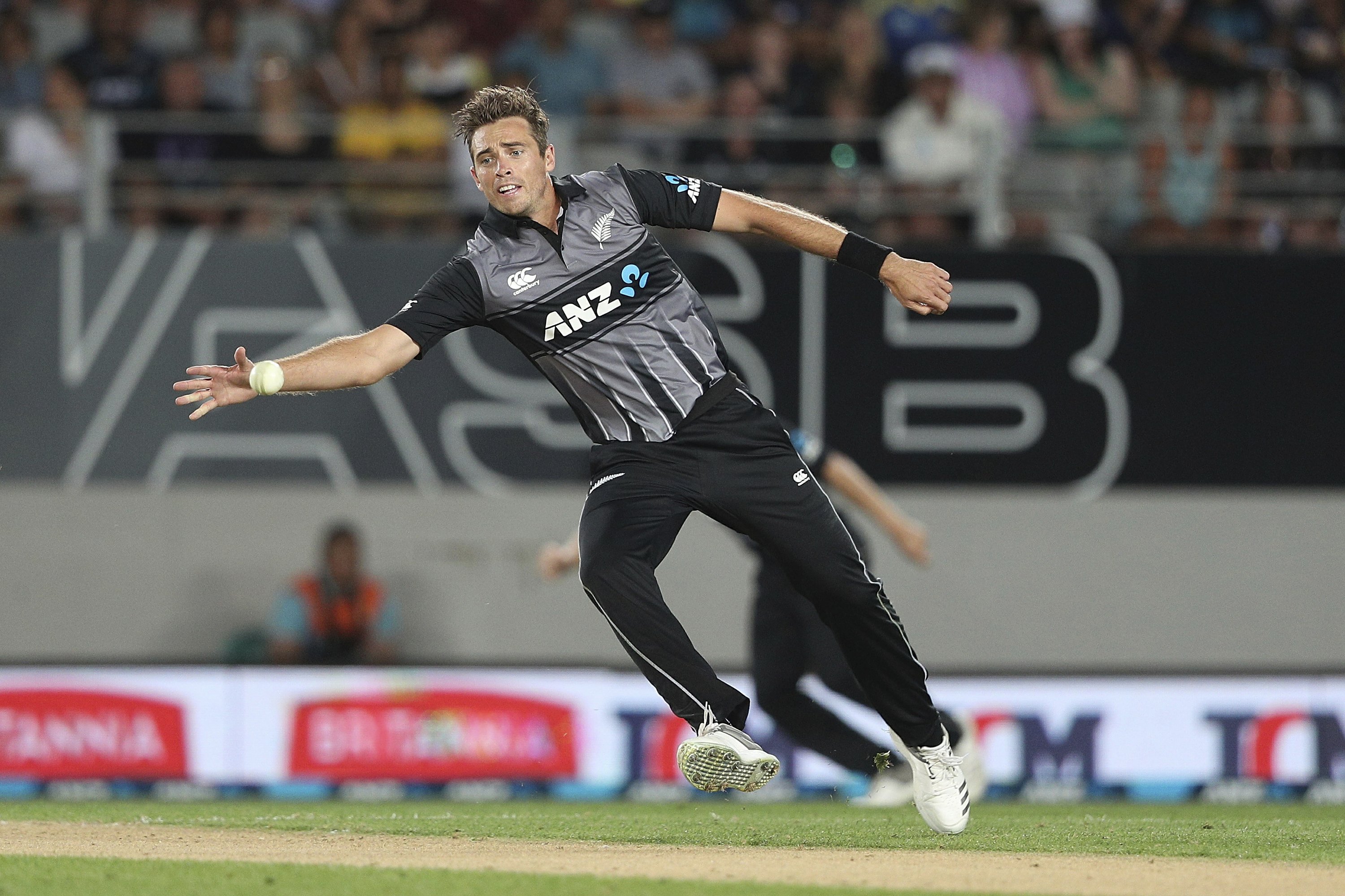 Allrounders Doug Bracewell and Scott Kuggeleijn joined forces to lead New Zealand to a 35-run win over Sri Lanka in a one-off Twenty20 on Friday and a clean sweep of the tourists across all formats. Bracewell made 44 from 26 balls and Kuggeleijn, on debut, hit an unbeaten 35 from 15 as New Zealand rallied from 55-5 after 10 overs to make 179-7 batting first.

Kuggeleijn then took 1-26, Bracewell 1-19, and both held two catches as New Zealand bowled out Sri Lanka for 144 in 16.5 overs. Paceman Lockie Ferguson took 3-31 and legspinner Ish Sodhi 3-30 as New Zealand pulled back Sri Lanka which was well ahead of the run rate for much of its chase.

Kuggeleijn, who followed his father Chris as a New Zealand player, and Bracewell, also the son of a former international — fast bowler Brendon — both emerged as genuine allrounders in limited-overs cricket with their performances on Friday.

New Zealand made a poor start after losing the toss and being sent in, losing Martin Guptill (1) in the first over, Tim Seifert (2) in the second, Henry Nicholls (4) in the third and Colin Munro (16) in the fourth to be 27-4.

Veteran Lasith Malinga, in possibly his last match in New Zealand, and youngster Kasun Rajitha both took two wickets in their opening spells…