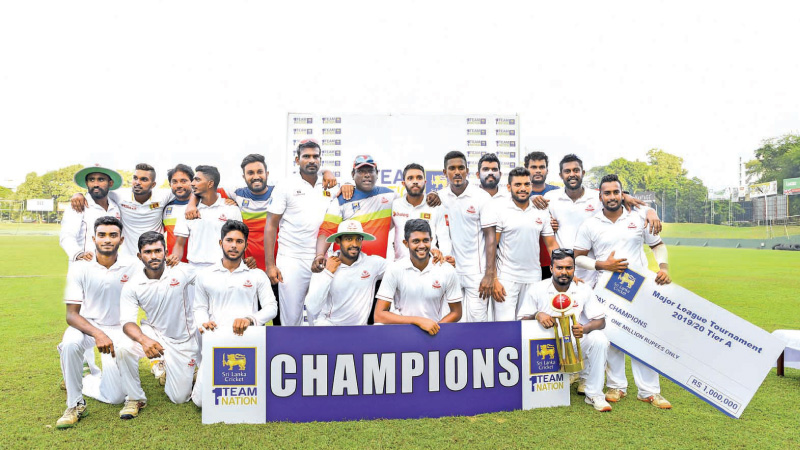 CCC emerged champions in the second consecutive year of the SLC Major League Tier ‘A’ Cricket tournament (2019/2020), yesterday. NCC beat Colts CC by innings and 79 runs at CCC in the fixture of last weekend. NCC earned 19 points in the last fixture in the season. NCC was runner up in the tournament. Chathuraga De Silva’s 9 wickets steered NCC.