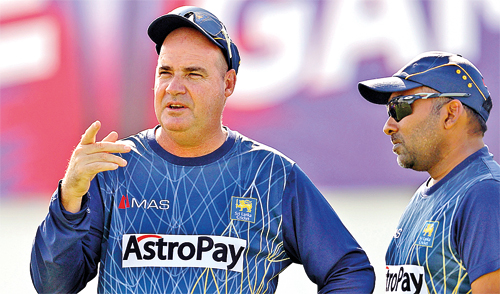 Sri Lanka’s captain Dasun Shanaka, leading his side into his first ICC major tournament as a captain, pinned hopes on Pathum Nissanka, saying he is capable as a contributor, but should also seize the opportunity of the big stage in making the most and cementing his status.

“Yeah, obviously, he has been a guy coming through the system. We actually know how capable he is, but still when you come to a bigger stage you’ve got to make a mark by scoring good runs. I feel he will take this tournament on his own and make it count for himself,” he told the ICC’s virtual captain’s corner yesterday.