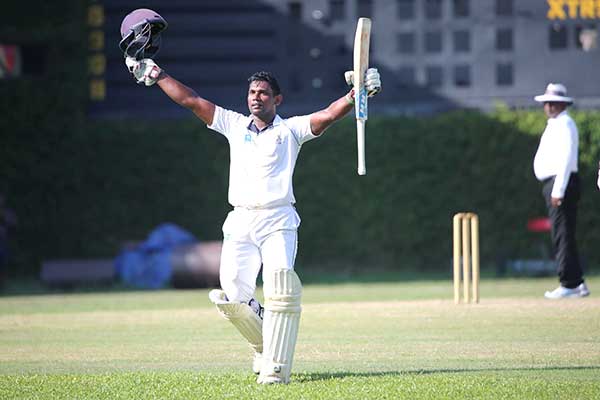 Seven matches of the Super 8s and Plate Championship of the Sri Lanka Cricket(SLC) Premier League Tier A Tournament concluded earlier this week.

This was the second set of games after the Tournament resumed after a long break on the 10th of August due to the Covid-19 pandemic.

Milinda Siriwardana fought a lone battle for Saracens SC, as he made sure his team secured vital first innings points over the favorites to win the tournament, CCC. After Kasun Rajitha’s five wicket burst restricted CCC to 142 in their 1st innings, Siriwardana Made 89 before following it up with 151 in the second innings as the match ended in a draw. Lasith Abeyratne made an unbeaten century for CCC in their second essay, while Rajitha finished with 9 wickets in the match.