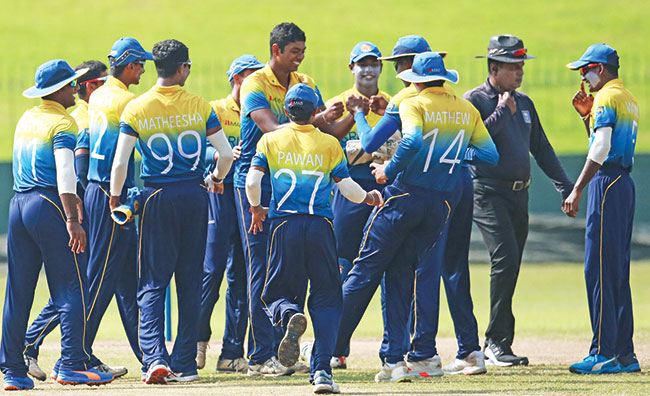 Yasiru Rodrigo and Matheesha Pathirana kept their cool when they were eight wickets down for 96 runs for Sri Lanka Under 19s to pull off two wickets win over England Under 19s and take a 2-1 lead in the five match Youth ODI series at the SSC ground on Sunday. After they were bowled out […]
0
SHARES
ShareTweet