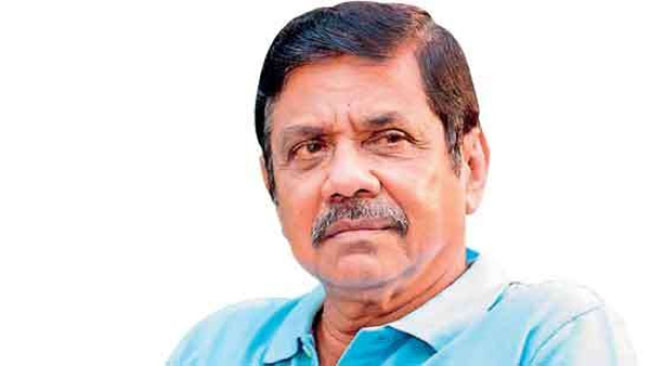 The year was 1979. West Indies during those stop-over tours to Sri Lanka before the country had gained Test status were playing a game in Galle. Sylvester Clarke, the fearsome fast bowler from Barbados floored Sri Lankan opener Bandula Warnapura with a vicious bouncer. Bandula is a fighter. He was unconscious for six hours. Then he recovered and two years later went onto become the nation’s first Test captain. Life has punched a cruel blow to him right now. Don’t be surprised if he comes out of this tough time and goes onto become the President of the Cricket Board in two years time when the elections are due.

Warnapura was never the player he was after being floored by Clarke. Prior to that, he had never ducked. He took on the fast bowlers. In fact, when Tony Greig skippered the MCC side to Colombo in 1977 in a radio interview he said that after Sunil Gavaskar, the best opening batsman in the Asian region was Bandula. His was a game of sheer elegance. He was a tough player.

This newspaper has spoken to every cricketer who went on the rebel tour to South Africa including the mastermind of the series, Dr. Ali Bacher. They all have their reasons for going on the tour and organizing it. Many of them echoed same sentiments; that they were victims of circumstances. Some others said that they were in the twilight of their careers and there was no hope.

Only Bandula spoke the harsh truth. He went there for the money. He was born a rebel, played the game, skippered the side and ran the sport like a rebel. He didn’t mind when we used the term ‘filthy lucre’. He in fact had been taken for a ride. There was no second tour to South Africa that Bacher had promised. He was left high and dry. Bacher wasn’t the only person who had taken Bandula for a ride. There were many others. Bandula took them all on the chin.

Bandula’s finest hour in the sport came during the 1979 World Cup. With skipper Anura Tennekoon injured, he stepped in as captain for the game against India, a star studded side. Sri Lanka overcame India in what was World Cup’s first ever shock. That went a long way in the nation gaining Test status two years later.

The specialty of his captaincy was that he was a players’ man. He would fight for his colleagues and would do much to make the youngsters feel comfortable. Sidath Wettimuny recalled how in his first appearance for Sri Lanka he was feeling nervous and the captain approached him and asked where he wanted to field. Sidath was told to go and field wherever you like!

The rebel tour had a massive toll on him; it ended his career and brought many challenges to his life. When he skippered the side to South Africa, he basically was taking on the top brass of the government. President J.R. Jayewardene was a former Board President and was the President of SSC at that time. His two deputies Gamini Dissanayake was the Board President and Lalith Athulathmudali was President of NCC. Lalith was the Cricket Board President in waiting.

These three smart politicians, not many dared crossing their paths. In Bandula’s own words, ‘they were very good friends, but bad enemies.’

That was like taking on Holding, Marshall and Roberts in their prime. Even those fine fast bowlers of West Indies wouldn’t have had such venom. Bandula was being hunted and trouble after trouble followed him. He never gave up though.

When the ban was eventually lifted, he did not mellow down. Business establishments wanted someone who raised the company’s profile rather than someone who spoke the plain truth. Cricket establishment meanwhile employed him but became increasingly worried about the independent manner in which he carried things out. In fact, when he left Maitland Place for Malaysia to take over a posting at the Asian Cricket Council, cricket bosses thought it was a blessing in disguise.

A few years ago, SLC wanted him to take up a key position. But cricket bosses were scared that they will not have control over the affairs if Bandula was calling the shots. Instead, they preferred a yes man. He never got the job and instead was taking part in reality shows as a judge while cricket was suffering many setbacks.

Bandula did have ambitious plans. With a few good men he wanted to contest the next cricket elections. He was getting his act together for his next biggest challenge when something totally unexpected happened. He is hanging in there and he needs to continue the fight. Cricket needs him.