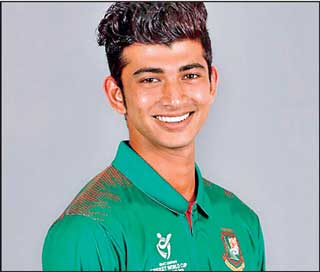 Nayeem played the last of his seven Tests against the West Indies in 2021 and has claimed 25 wickets.

Mehidy, a vital cog in the Test and one-day side, has been ruled out of at least the first Test against Sri Lanka with a finger injury.

“Initial assessments suggest that the recovery could take at least three weeks which effectively rules (Mehidy) out of the first Test,” chief physician Debashis Chowdhury said.