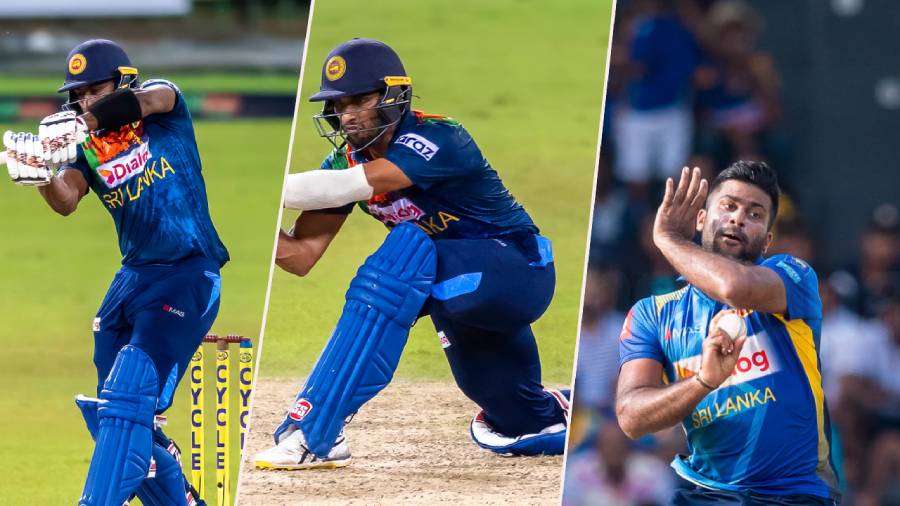 An unbeaten 83 by Avishka Fernando and an assured bowling performance spearheaded by Lahiru Kumara saw Sri Lanka clinch a 19-run win over Oman.

In the first of two T20Is the sides will play ahead of the T20 World Cup, Oman put Sri Lanka in to bat after winning the toss. They got off to a perfect start, reducing Sri Lanka to 21 for 3 inside five overs. Fayyaz Butt removed Dinesh Chandimal and Kamindu Mendis for golden ducks, before Kaleemullah put paid to Pathum Nissanka’s innings. A brief resurrection followed, but when Bhanuka Rajapaksa fell, Sri Lanka were wobbling at 51 for 4.

But from thereon, Sri Lanka began to assume control. They would not lose another wicket for the rest of the innings, with captain Dasun Shanaka – who smashed 51 off 24 – and Fernando plundering 112 off the final 56 balls. Oman struggled to find a response to the onslaught, Butt and Mohammad Nadeem leaking 84 in their combined eight overs. When Sri Lanka finished with 162, they found themselves on much more secure footing than they had been for much of the innings.