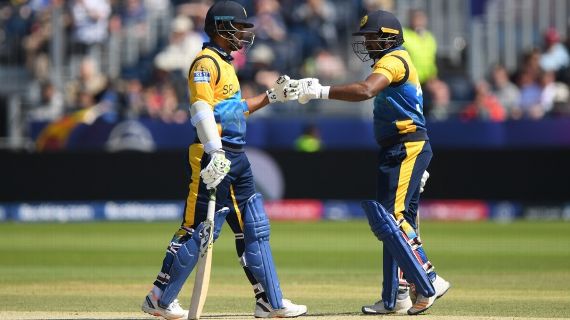 Most expected Sri Lanka’s World Cup to be disastrous. And although their ODI cricket remains poor, it seems in a better place than it did when they arrived in England.

“We’ve had a few positives out of this World Cup, with the openers and No. 3 having done well for us,” Dimuth Karunaratne said. “Avishka Fernando is playing really well. He only got three games, but he showed what he can do – he can produce runs for Sri Lanka. He’s one of the future stars.”

While 21-year-old Fernando has been a particular cause for excitement, having hit Sri Lanka’s first ODI hundred since January, and made 183 runs at a strike-rate of 107 through the course of his three innings, Sri Lanka have also had solidity at the very top of the order. Karunaratne and Kusal Perera have produced three opening partnershps worth at least 90.