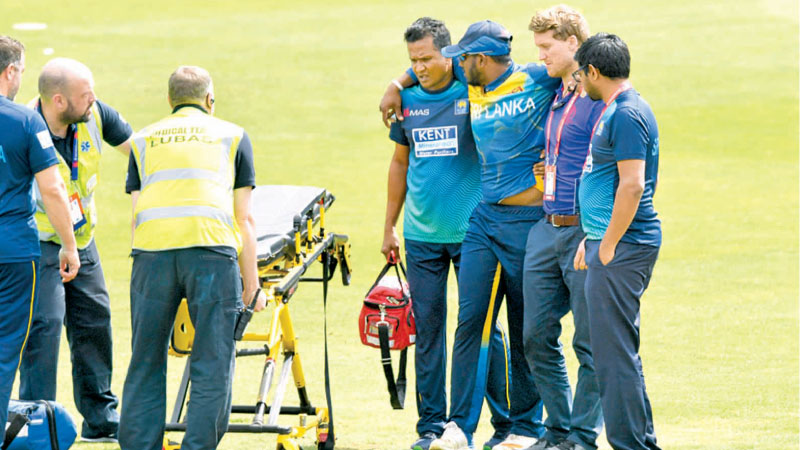 Avishka Fernando, the Sri Lankan batsman, had to leave the field after appearing to turn his ankle in Cardiff while playing against South Africa in an ICC Men’s Cricket World Cup 2019 warm-up match.

During the 18th over of the match on Friday, Fernando was fielding in the covers when he put in a slide to field the ball from a shot from Faf du Plessis and landed awkwardly on his ankle.

He appeared in significant pain as soon as the incident took place, and a stretcher was needed to take him off the field.

Reports later said he underwent a scan, which revealed a minor ankle injury. He was strapped and iced and is expected to make a recovery.