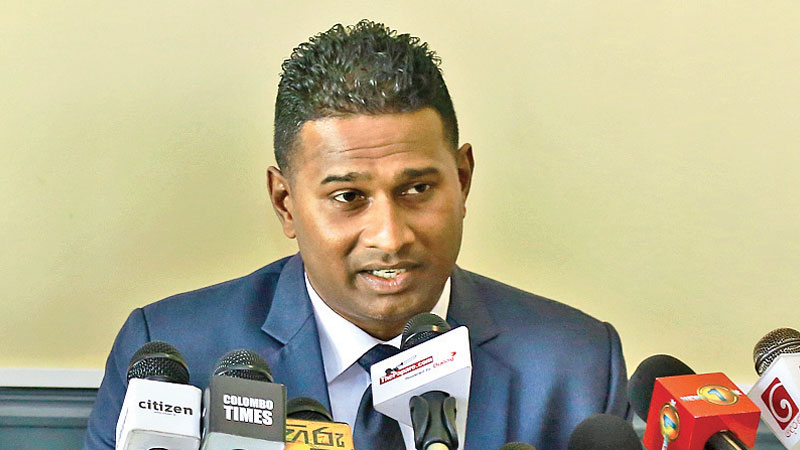 The following is the statement issued by Gunawardane at the media conference:

“Let me start by saying that I am not coming out today just only to defend myself personally but also on behalf of several other fellow cricketers and coaches, loyal servants of Sri Lanka Cricket who like me, have been suffering silently whilst a few rouges stole away everything that many of us have struggled over the years to build.

“As some of you may already be aware the above charges are, in layman’s language, that I have allegedly encouraged and not reported an incident which the ICC claims, is a corrupt act under their code. Based on their purported allegation my employer, SLC has suspended my services and taken disciplinary action against me without even an inquiry from me whether I am guilty or not; well let me state unequivocally that I am innocent of this all these charges.

“There are several legal actions being taken at present on this matter and my Counsel Mr. Chrishmal Warnasuriya has already dealt with them in detail. Due to that very reason I may be restricted in answering some of your detailed queries as well later.

“To those of you who know me, my loyalty to the game and my level of integrity as a coach, I don’t need to explain myself to you; thank you for your support. To those of you who don’t, let me make it very clear, since I came to be involved in the game of cricket at the tender age of 11, I have never even once, done nor even considered doing anything illegal or immoral to tarnish my name nor the game of cricket.

“I have always played by the rules, been fair as a coach and stayed on the straight and narrow which has not been easy. It all comes from my love and respect for the game and the strong values and ethics that I have been brought up on.

“I come from a traditional family. They are the most important factor in my life and I am fully aware that, if I were to stray away in even by a margin, that would bring great sorrow and grief to my parents, my wife, my sister and would be an absolutely irresponsible example to set for my two little daughters; all of whom I love dearly and mean the world to me.

“For the past 12 years, I have been coaching cricket to a cross-section of players ranging from school level to the Sri Lanka ‘A’ team. Until a few days ago, I have not had a single accusation nor charge made against me and with good reason, because I have not done anything illegal, wrong or harmful. It appears that the so called charges are only based on allegation made to the ICC by one single player, whose own personal records speak volumes of his own integrity.

“It just so happens that this player is one that I have, on more than one occasion, left out of tournaments and teams, mainly due to his lack of discipline and unsatisfactory fitness levels. When the ICC questioned me on this statement I immediately gave them all assistance, co-operated fully, providing access to my phones, bank statements and all other requests that were made without any hesitation; simply because I had nothing to hide; but here we are.

“I have been punished even before being found guilty. That’s why I have decided to fight this and not keep quiet, not just to clear my name and my reputation but for the sake of Sri Lankan cricket and all cricketers. I hope you will not try me by the media or social media but give me the benefit of the presumption of innocence; at least until I’ve had a chance to defend myself at a proper hearing.

“I hope I will continue to receive your unconditional support in the coming months as I fight for justice which I know is going to be a giant struggle; but then David never ran away at the sight of Goliath, he stood, he fought and he won; RIGHT must always triumph over WRONG!”