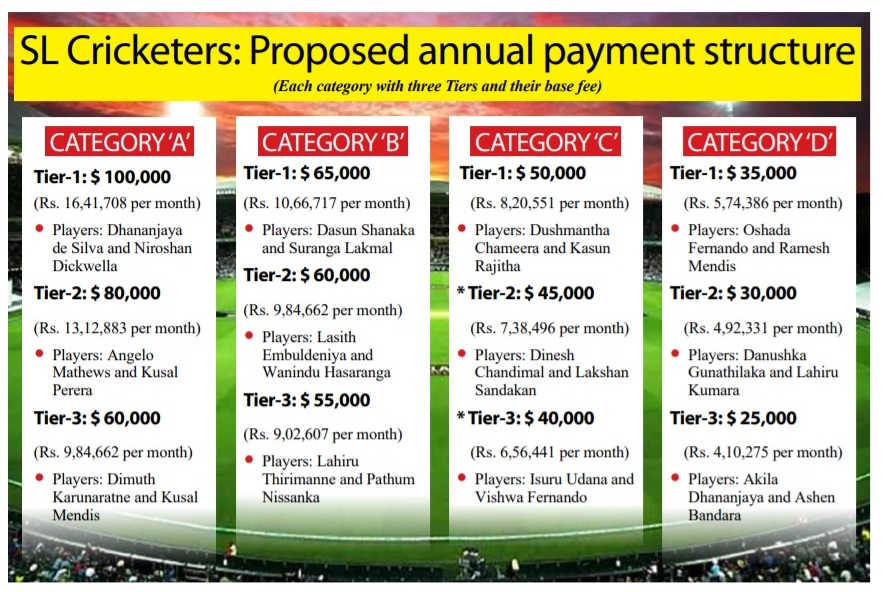 “We are planning to give the contracts to the players. There will be three or four new players in the new list, who have performed well in the recent past and had not been granted contracts earlier,” a senior SLC ex-co official told the Sunday Morning Sports yesterday (14).

The Technical Advisory Committee (TAC) of SLC, headed by Aravinda de Silva, intervened in making the player contracts for this year yet players, allegedly manipulated by a couple of seniors, refrained from signing the contracts citing lack of transparency in player categorisation.