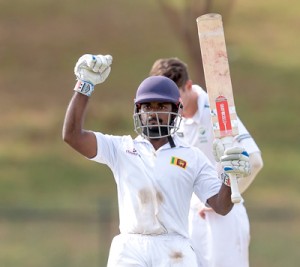 Allrounder Charith Asalanka will lead the Sri Lanka Emerging 15 member squad for the forthcoming Emerging Asia Cup limited over tournament scheduled to be played in Bangladesh from November 14 to 23. Richmondite Asalanka will have his school team mate and prolific batsman Kamindu Mendis as his deputy.

The team spearheaded by Asalanka possesses a strong outfit with players in the caliber of Kamindu who was adjudged the man of the final and man of the tournament last year, Sammu Ashan who led the team at the latter stages of the tournament last year due to Asalanka’s injury, Hasitha Boyagoda, Pathum Nissanka, Minod Bhanuka, Jehan Daniel, Amila Aponso and Jehan Daniel to name a few.