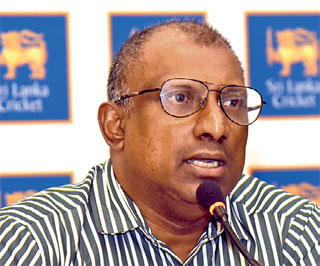 “We told them that they must play the three-day club tournament, which is very important, but they initially came back and said that they wanted to play the LPL (Lanka Premier League) and that they won’t have the time to play it,” De Silva told Daily FT.