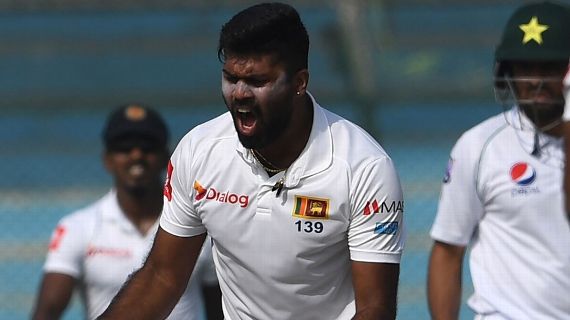 This was the verdict of assistant coach Rumesh Ratnayake at stumps on the third day, in which Sri Lanka conceded 338 runs and claimed only two wickets.

Pakistan progressed at a run rate of 3.76 through the 90 overs they faced on Saturday. In the morning session their run rate had been as high as 4.54.

Ratnayake said that although his team expected the surface to become better for batting, they had hoped to keep the rate of scoring in better check…