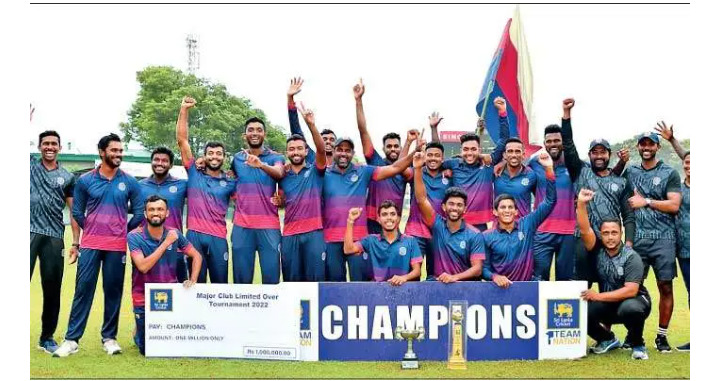 Tamil Union were left with the task of chasing 199 for victory when they bowled out Army SC for 198, but at 62-1 in 14.3 overs there was a brief stoppage for rain and Tamil Union’s target was revised to 179 off 42 overs.

However, when they had reached 141-2 off 29.2 overs another shower of rain halted play and the target was reset for a second time to 153 off 37 overs. With only 12 required Tamil Union knocked the runs off losing the wicket of Navod Paranavithana for 32 to win quite comfortably with 34 balls to spare.