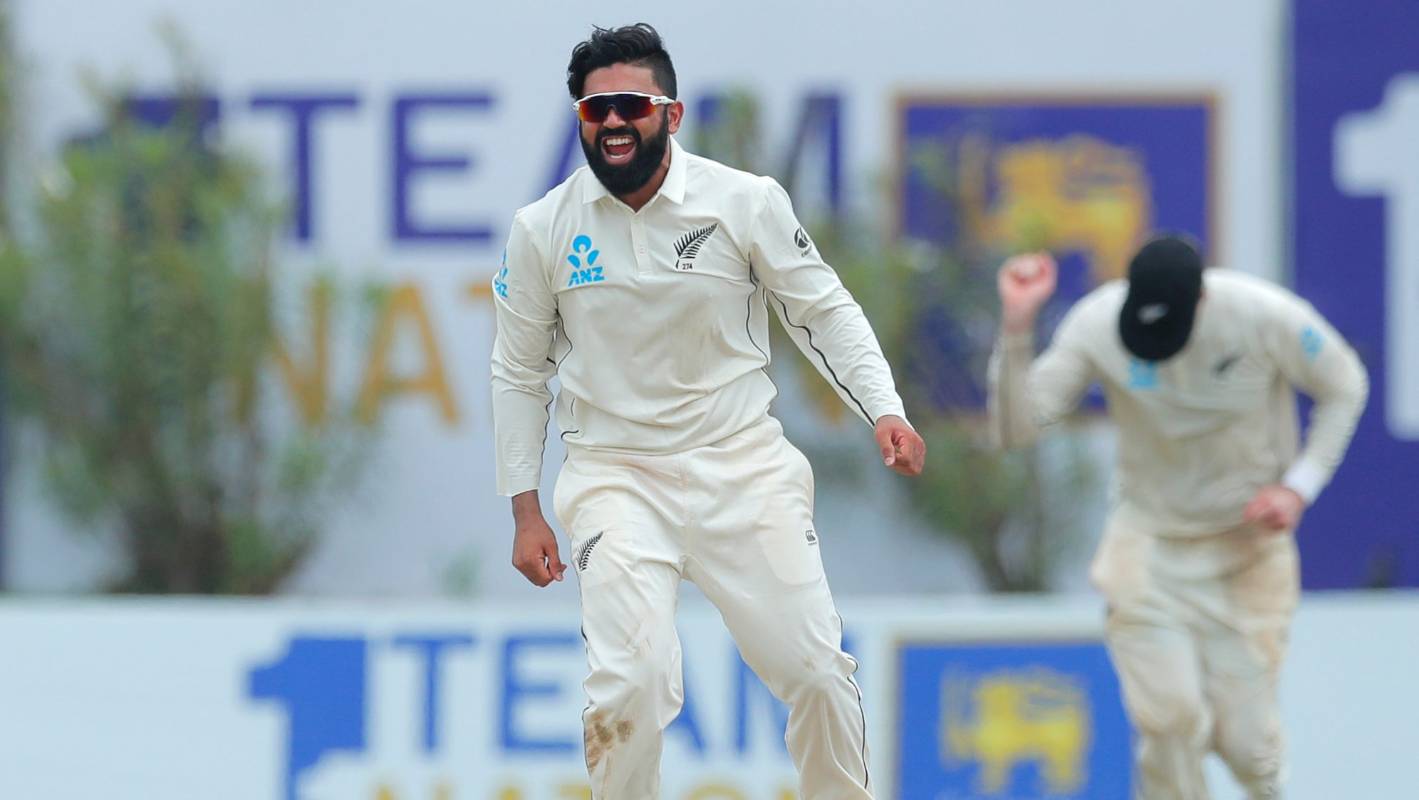 “Nine months on from his man of the match debut in Abu Dhabi, Patel snared his second test five-wicket bag (5-76 off 29) to engineer a spectacular Sri Lankan collapse of 5-18 either side of tea. At stumps the hosts were 227-7 after some late resistance from Niroshan Dickwella and Suranga Lakmal, the Black Caps leading by a mere 22 heading into day three with a gripping contest beckoning.”