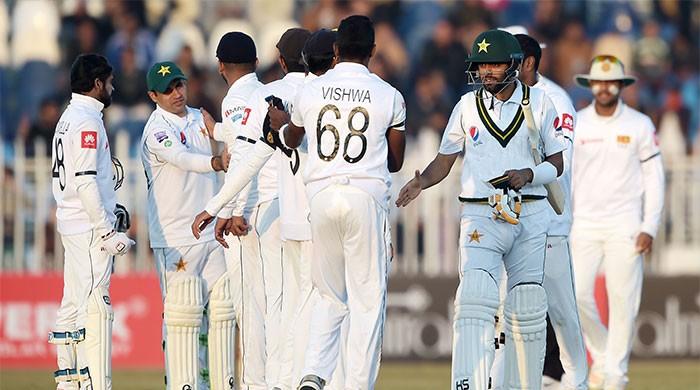 Pakistan’s opener Abid Ali scored his maiden Test ton as he became the first batsman to score hundreds on Test and one-day international debut, as the first Test in Pakistan since the 2009 attack ended in a draw.

Ali’s century made him the first male player to score century on ODI and Test debuts. The only other player to achieve the feat before Ali was England’s woman cricketer Enid Bakewell.

The 32-year-old was joined by Babar Azam, who scored his 13th Test fifty for the hosts on day five of the Rawalpindi Test.