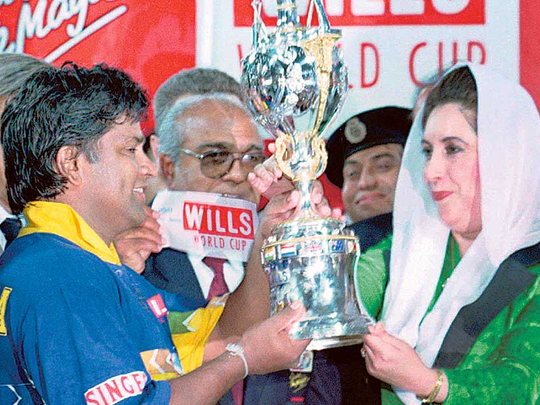 If a rotund Ranatunga played the elder brother, there were a set of exceptionally talented individuals like Aravinda De Silva, easily the best batsman of the side, Sanath Jayasuriya, Romesh Kaluwitharane, Asanka Gurusinha, Roshan Mahanama, Chaminda Vaas and of course Muttiah Muralitharan – who showed remarkable composure under pressure and made best use of the sub-continent conditions to win cricket’s biggest prize – 15 years after being recognised as an official Test playing nation in 1981.

Talk of galvanising a nation – yes. The island country was still very much in the middle of a civil war with the LTTE (Liberation Tigers of Tamil Eelam) in control of Jaffna in the northern part of the country. The situation was so tense that two of the major countries in a 12-team tournament, Australia and the West Indies, refused to visit Sri Lanka to play their group league matches there even at the cost of losing points.