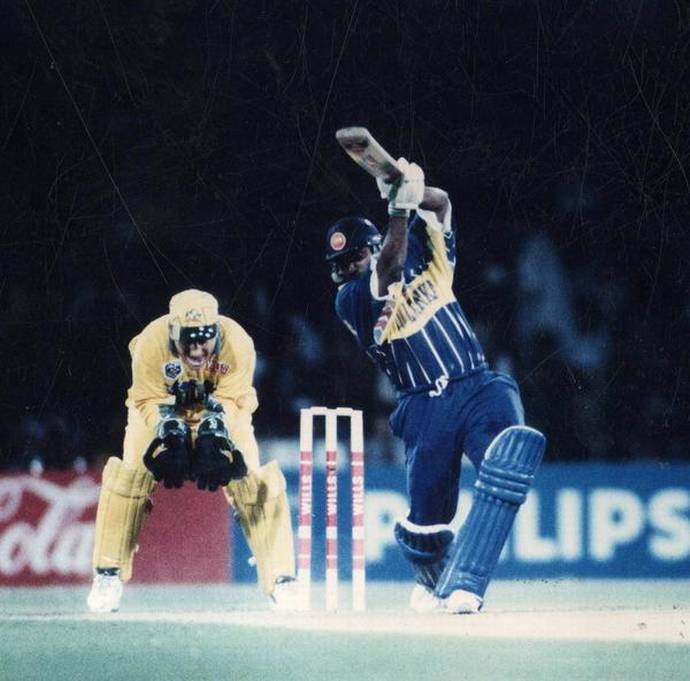 The margins of wins in the knockout are a testimony to how superior Arjuna Ranatunga’s men were in the sixth World Cup. They pulverised the English, scoring their runs at will, bludgeoned the Indians into a tame surrender by bowling their spin effectively on a wearing pitch after recovering from early batting disaster, and then downed the Australians. There could not have been a more comprehensive statement of superiority than to win this difficult World Cup knockout of three matches, including their first-ever quarterfinals. This is another of cricket’s fairy tales, a re-run of the Cinderella story where the neglected stepdaughter is magically converted into a princess.