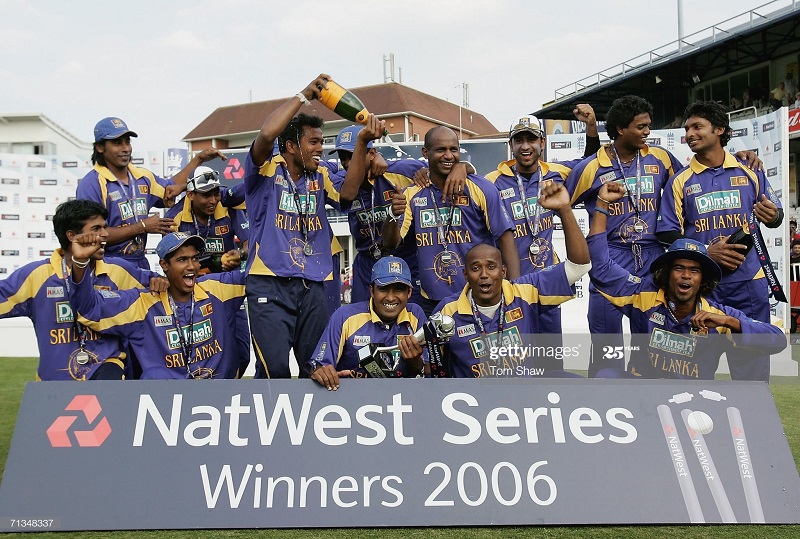 2006 NatWest ODI series between Sri Lanka and England is one of the most superlative series that Sri Lanka have had over the years.

Upul Tharanga in fine form, so elegant and classical, Sanath Jayasuriya in counter attacking and killer mode, Mahela Jayawardena and Kumar Sangakkara as pleasing to the eye as ever.

Tharanga was just 21 and what a series he had, he brought up his 3rd and 4th ODI century in the series and ended the tour as the highest runs scorer with 347 runs in 5 matches at an average of 69.40 with two centuries and 1 half ton. Sanath’s all round performance of 322 runs and 5 wickets saw him winning the man of the series award.