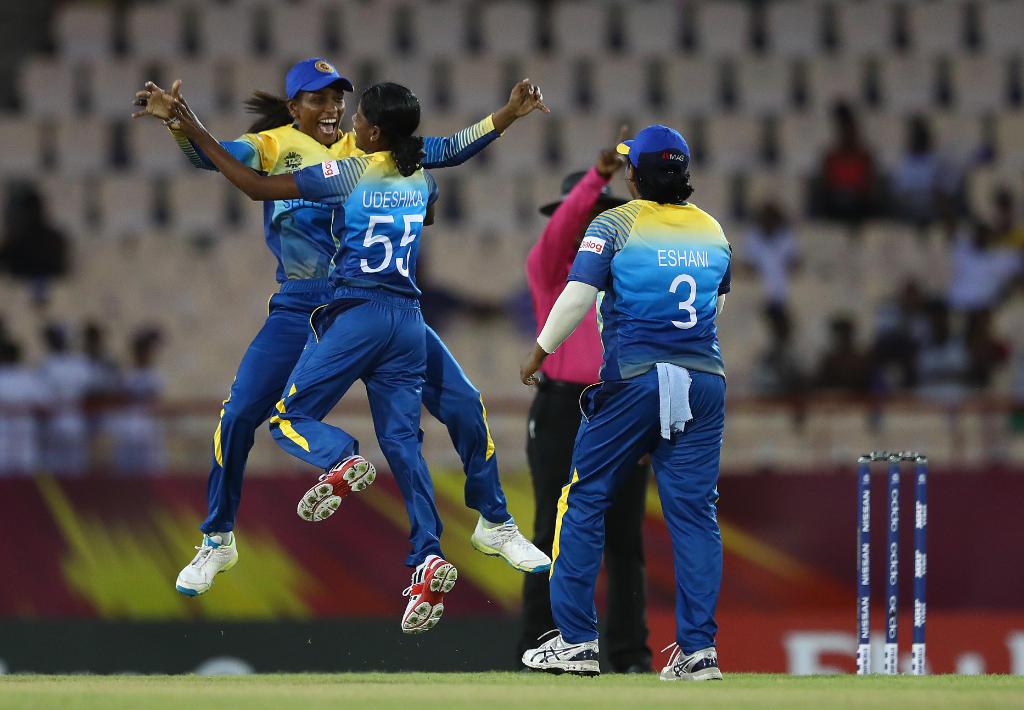 Sri Lanka claimed their first win in the ICC Women’s World Twenty20 tournament, as Bangladesh had yet another poor outing with the bat and were bowled out for 72, chasing Sri Lanka’s total of 97 for seven at the Daren Sammy National Cricket Ground in Gros Islet.

Bangladesh missed out on their best chance of ensuring automatic qualification for the next edition of the tournament, with their batting disintegrating in a chase of 98. Only two batters made it to double figures — their batters undid some fine work from the bowlers, in particular Jahanara Alam.

Shashikala Siriwardene took two wickets for Sri Lanka after top scoring with the bat, and skipper Chamari Athapaththu took three. But the dents in Bangladesh’s chase were made by the left-arm swing of Udeshika Prabhodani who took two wickets in her first over.

Then the spinners shared the spoils, bowling 75 dots in the innings and Bangladesh never recovered from those early blows.

Earlier, Alam’s three wickets were the highlight of a bowling effort that seemed to have done enough.

Bangladesh strangled the Sri Lanka top order, until a 31-run partnership off 20 balls between Siriwardene and Nilakshi de Silva took them close to 100 runs. A slow outfield and helpful conditions for the bowlers meant that those runs were enough.

“We all know they have a good bowling attack, good spinners, and the conditions are not good for the batters,” Sri Lanka captain Athapaththu said. “So we tried to get 120, but unfortunately we lost a couple wickets early, so we reset our goal.

“Then we decided 100 is good score. We trust our bowlers, we have a good bowling attack. So finally we won.”

Player of the match: Shashikala Siriwardene