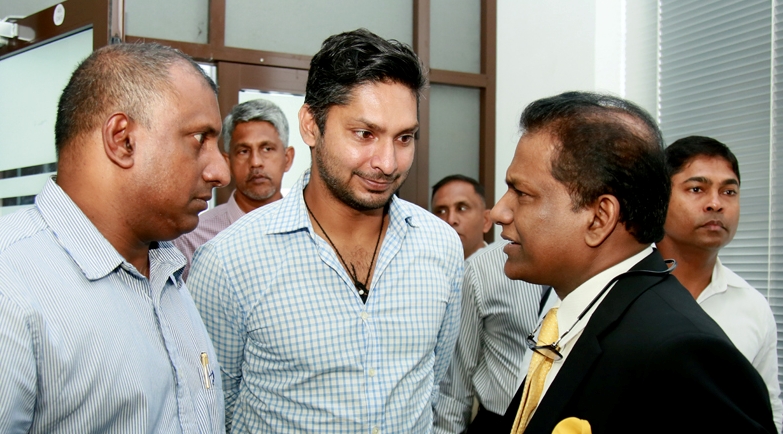 Aravinda de Silva took over as chairman of selectors on the eve of Sri Lanka's departure for the ICC World Twenty20 2016 tournament in India. © Nathan Shanmuganthan

In all manner of sports both fans and controlling bodies behind the scene are far too prone to lop off the coach when a team fares badly, and does so consistently. Such consistency in the guillotine act demands reflection. Are these fans and controlling geniuses being too fervent — fervent to the point of misguidance? At least in some instances it would seem that a team fares badly because other teams have outshone them.

The lesson for me here is that fan-fervour is, more often than not, as fanatic as frenetic. The result is mistreatment of some good guys (gender neutral here). With the Sri Lankan cricket world, moreover, this frenetic fanaticism of ardent enthusiasts in high places has gone a step further and generated another first. It is not the cricket team that has been changed, but the whole selection committee. Kapila Wijegunawardene, Brendon Kuruppu, Hemantha Wickremaratne and Amal Silva.

"The appointment of the national selection committee was carried out by the honorable minister citing recent failures encountered by the national team in their tours to New Zealand, India, Asia Cup in Bangladesh and the inconsistency of selection criteria," read the statement which implemented the act of dismissal.

Note that Wijegunawardene et al were only appointed in April 2015, some eight-nine months ago by Navin Dissanayake. But sports ministers seem to come and go. Dayasiri Jayasekera replaced Dissanayake a few months ago. So it is musical chairs every which way.

Jayasekera seems amenable to SLC president Thilanga Sumathipala and the latter has linked up with Aravinda de Silva as close advisor. The three had the monies (presumably from the SLC budget) and clout to attend the Asia Cup in Bangladesh where they had kusu-kusu talks with a senior player and excluded Lasith Malinga (captain) from this discussion. Either this action alone or further persuasion has led Malinga to tender his resignation from the captaincy.

Yet more. The subsequent outcome has been the sacking of the Wijegunawardena committee, the replacement of Dinesh Chandimal (the latter's captaincy choice) and the replacement of Niroshan Dickwella and Jeffrey Vandersay with Lahiru Thirimanne and Suranga Lakmal. While there are good logical grounds for these three changes, the manner of their implementation stinks.

"Only in Sri Lanka!" This phrase is usually an opening line for some tourism pitch and self-flattery. Well, here in the realms of cricket, 'Only in Sri Lanka', now stands for a cricketing meal of achchaaru, mallun, parippu and cow dung in one fetid pool. We can only hope that these 'emissions' are not sprayed on the cricket pitches which confront our team in India.

Wijegunawardene, Silva, Kuruppu and Wickremaratne were (are) a good team. I have only met two, Kuruppu and Wickremaratne, briefly and that once only. They may not be aware of this, but I rate their thinking highly. This does not mean that their choice of squads did not have some question marks around them, but that is an issue open for discussion in the context of the several travails that hit the Sri Lankan team over the last 15 months. I will be penning a separate article on these developments. This essay will underline the difficulties faced by the Wijegunawardene selection committee and thus the short-sightedness of the critics — a short-sightedness typical of overzealous fans with short and deficient memories.

Nor is such questioning/criticism an excuse for the horrendous manner in which they have been treated by the Sports Ministry and Sumathipala and de Silva acting in concert. Where linked to power, patriotic fervour and emergency situations bring out the worst in men (no women involved here).

Wijegunawardene and others were rendering a national service. They have been treated like dirt. That blemish lies squarely in three hands … and alas, may be diffused to the four new men who have been recruited to choose our teams, viz., Romesh Kaluwitharana, Lalith Kaluperuma Ranjith Madurasinghe and Kumar Sangakkara (latter short-term).