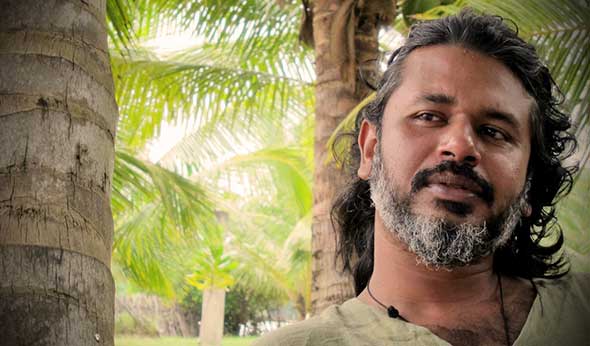 Shehan Karunatilaka won the Gratiaen Prize in Sri Lanka with his draft manuscript of Chinaman and was featured in a little known online newsletter posted in 2009 by the Australia-Sri Lanka Association which I edited. We met and chatted subsequently at my sister’s place in Wellawatte, Colombo as he perfected his novel.

Chinaman has gone on to make the headlines and a new edition by Jonathan Cape has hit the market running. That is good news for many – for Shehan himself, for Sri Lankan literary personnel and for the land and its people as a whole.

Shehan has also ventured into cricket journalism in an article titled: How cricket saved Sri Lanka in March, 2011, under the masthead of the prestigious Guardian in the UK – neatly timed to coincide with the 2011 World Cup. This is a pulsating article carrying the reader along with lots of local flavour and cricketing background.

In principle, such an excursion into a new field by Karunatilaka is also a welcome step. However, in moving into reportage and its analysis, whether in contemporary time, or past time, one cannot invoke literary license.

One must, in the first place, adhere to the canon of empirical validity that is enjoined on one and all, whether reporters or social scientists, who step into this terrain. Secondly, interpretative rigour should be de riguer – even for cub reporters.

On both counts Shehan Karunatilaka fails in two places. I confine myself here to the occasion where he ventures to comment on cricket in the British colonial period.

"Cricket has been a distraction of choice for Sri Lanka since our days of brewing tea for the empire. Back when we were Ceylon. In the 19th century, talent flocked to cricket clubs, christened along racial lines by our divide-and- conquer colonisers: Sinhalese Sports Club, Tamil Union, Moors’ Sports Club, Burgher Recreation Club and the perversely titled Nondescripts Cricket Club."

Thus writes Karunatilaka, the cricket-historian. This is a brief line, yes. My quarrel, the phrase I have highlighted, may seem pedantic, but, in fact, it is about a fundamental error of judgment. It tells us that the British state and its colonising personnel actually foisted the names of all the cricket and sporting clubs that emerged in the latter half of the 19th century.

In brief, the British were all powerful and the local people, including the emerging Ceylonese middle class and bourgeoisie, were plasticine in their hands. This, to my mind, is a monumental error of historical interpretation.

At the empirical level, let me stress that, the clubs were named by their founding middle-class members and that the British had no hand in the nomenclature.

The terminology was a mark of the powerful sense of ethnic community coursing through local society; the Malay Cricket Club, one of the earliest to be formed in 1871-72, was quite distinct from the Moors Sports Club.

Likewise, one of the foundational clauses of the Tamil Union Cricket & Athletic Club stipulated that only those of “Dravidian origin” could become full members. The distinction between the categories “Aryan” and “Dravidian” may have been spawned by European intellectual currents, notably its Orientalist scholarship, but this particular adoption was a local inspiration. [1]

To say otherwise, I insist, is to foist a colossal error of interpretation, which renders the founder members of the Tamil Union into puppets manipulated by the British authorities.

The cricket clubs in the heyday of British power, say 1858-1931, form a fascinating subject because of the duality of cultural and political currents that they embodied.

One outstanding expression of Ceylonese nationalism occurred when the “Ceylonese’ as a team took on the local “Europeans” in a Test match from 1887 onwards, an annual encounter.

In the late 19th century, as I have never tired of repeating, it would have been considered ‘seditious’ – a term in the British imperial vocabulary that is akin to ‘terrorism’ today – for any locals to directly challenge the British order. But the sporting field provided more leeway. One could challenge notions of British (White) superiority within their very own products – the field of cricket. Here, one could earn plaudits for “a jolly good show.” [3]

Thus, the cricket field was one of earliest domains where the British were confronted by Ceylonese nationalism.

Those who played for the Ceylonese team may have initially been Burgher, but they played as “Ceylonese” for the honour of Ceylon. They may have been bested during the early games, but gradually succeeded in defeating the Europeans and by the 1920s were masters in this field. [4]

By the 1900s, moreover, the Ceylonese teams were a mix of Sinhalese, Burghers and Tamils, while occasionally featuring Malay or Moor cricketers.

Within a colonial context marked by white racist prejudice, cricket and other sports bore a political tinge. Likewise, those wealthy Sinhalese and Tamils who purchased good racehorses and secured Blue Riband prizes could preen themselves among the middle class, because they had stood among the British colonial elite in the “king’s sport.”

Again, at some point in the early 20th century, Henry Lawson Peiris booked and paid for a room at the Grand Hotel in Nuwara Eliya in the name of “Henry Lawson” and breached the colour bar at its portals, so that he could boast about it in Colombo. [5] These activities, however, were triumphs of individual enterprise unlike cricket, where one played as a team – the “Ceylonese” team. Meeting the British on their own terms and on their own hallowed ground as a collective counted for more. That is why cricket cannot be excluded from the sphere of politics in the colonial era.

[1] Remarkably this clause 2b remained in force till the 1980s before a number of more progressive-minded members assembled by Chandra Schaffter, Geoff Felix and Ananda Chittambalam discovered it and had it deleted in the teeth of opposition from some of the old guard (Roberts, ‘Landmarks and Threads in Sri Lankan Cricket,” in Roberts, Incursions and Excursions in and around Sri Lankan Cricket, Colombo, Author, 2011, pp. 26-27).

[5] Folklore conveyed to me by Sena Jayasuriya in the 1970s when I was researching elite formation.