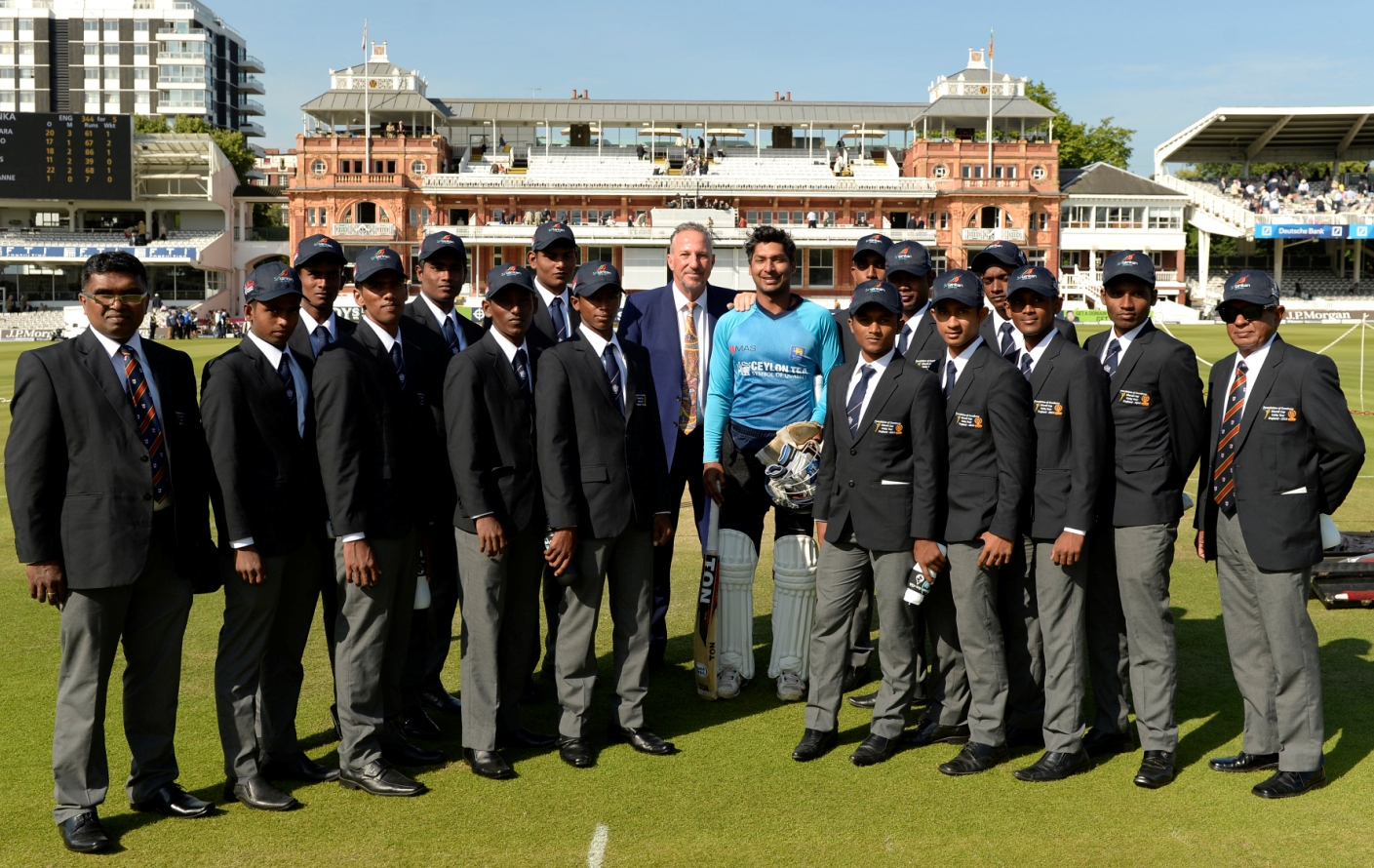 Kumar Sangakkara is an ecumenical Sri Lankan and an exemplary icon for all and sundry. As a cricketer he stands among the best the world has seen —yesterday as well as today. Yet he is also a PERIL — to himself, the other batsman with him in the middle and thus to Sri Lanka as a whole. His running between the wickets is bloody awful.

This is such a pity. He is such a talisman for most Sri Lankans of all ethnicities and religious faiths. When the tsunami wrought havoc along the coasts of the island in late 2004, he joined Muttiah Muralitharan, Mahela Jayawardene, Charlie Austin and others in relief efforts in the eastern littoral.

He has happily joined Kushil Gunasekera and his Foundation of Goodness in sponsoring community charity efforts across the ethnic divide. This path of reconciliation has resulted in the the Murali Cup, a tournament between under-19 teams from the north and south west. It spawned a combined under-19 team called the Unity Team, which toured Singapore and then, with the active support of Ian Botham and his daughter Sarah, met three high-profile teams in England during the summer of 2014. More recently, he has added his celebrity status to the infra-structural medical charity work centred on Batticaloa that has been launched by the Strathmore Rotary of Melbourne guided by Nihal de Run and Dr. David Young.

Of these many lines of exemplary community service, however, what stands out most in my mind was the initiative taken by Sangakkara and his wife Yehali in visiting St. Patrick's College in Jaffna town in April 2011, immediately after the World Cup held (partly) in Sri Lanka. This was an olive branch across the Sinhala-Tamil ethnic divide. Those attuned to local nuances would have perceived other threads within this olive branch: here was a Buddhist protégé from a leading Anglican school (Trinity College, Kandy) gracing and inspiring Tamil lads from a leading Catholic school. Be that as it may, the pictures of that event suggest that it was a moment that, so to speak, launched a thousand ships.

It was in the same spirit and along incisive cerebral lines that he addressed an august audience within the portals of the MCC in the course of his Spirit of Cricket Cowdrey Lecture in 2011.* That is why, to repeat, I have lauded him as an "ecumenical Sri Lankan" and a talisman for our times.

Thus, in short, Kumar Sangakkara is a Sri Lankan colossus … a shining yodayā or giant in our time, deploying his celebrity status in ways intelligent, embracing, caring, accommodating and reconciling.

Cricket fans in Sri Lanka's previously war-torn north flocked to meet the great batsman when he visited in 2013. © Murali Cup

Kumar has also made his presence felt on the cricket field on behalf of — and for — Sri Lanka. Known among his colleagues for assiduous preparation and dedicated attention to detail, his record in Test cricket has been outstanding. Beginning as a wicket-keeper batsman, his batting achievements moved up several notches once he was persuaded to discard the gloves. In 225 innings he has accumulated 12,203 runs at an average of 58.66. He is presently fifth in the list of all-time scoring greats — standing behind Sachin Tendulkar, Ricky Ponting, Jacques Kallis and Rauhl Dravid.  Remarkably, he has the best average of the lot!

In ODI cricket, he has continued to serve Sri Lanka as keeper. His batting has remained superlative and solid. In 377 innings thus far he has accumulated 13,961 runs at an average of 41.55 and a respectable strike-rate of 78.65. Both average and S/R are still climbing it seems: during the ongoing World Cup his last two innings have been simply scintillating and he has remained not out with centuries to his credit. His 105 runs vs Bangladesh were acquired at a strike rate of 138.15; while his 117 runs vs England came at 136.04.

In the recent contest with England at Wellington his batting was solid at the start, but became as majestic as commanding in the latter half. Take note of Andrew McGlashan's passing comment in ESPNcricinfo: "In a sign of how Sangakkara dominated, check this. When [Lahiru] Thirimanne moved into the 90s Sangakkara was on 28 but had reached 78 by the time Thirimanne squeezed the single to reach his landmark…"

It was precisely at this point that he revealed an Achilles Heel as batsman: his calls for runs and his running between wickets. Keen to assist Thirimanne reach the magic target of 100 individual runs, as non-striker he called for a run where there was no run. Not once, but twice in succession in the same over. On both occasions, he scrambled back to the bowling end in a fashion as frantic as ridiculous! Also funny…. But only funny because he remained alive.

He was lucky. A pinpoint hit may have seen him out. Cricket being the game that it is, one subject to sudden swings of fortune (witness the Aussie-Kiwi game when 'revolutions' occurred at least twice), such an outcome could have been disastrous for Sri Lanka.

So, in seeking to assist his mate Thirimanne, Sangakkara ventured on running paths hara-kiri. If this was an odd aberration, one could let it pass. But it is not. For one, in the match against Afghanistan (or was it Bangladesh?) I recollect that he made erroneous calls and advances down the pitch where he or his partner should have been run out on two occasions, if not for fielding lapses. A gross miss by an inexperienced fielder in one instance.

I believe that the TV commentators have occasionally remarked on the fragility surrounding his decision-making in calls for runs or poor communication with his batting partner. Readers with total recall and/or statistical prowess may be able to supplement our assessments in this field.

The World Cup 2015 is still in question. Sangakkara must reign in his perilous running between the wickets, while hopefully continuing to mine a rich vein of runs in the beautiful manner he has displayed thus far.